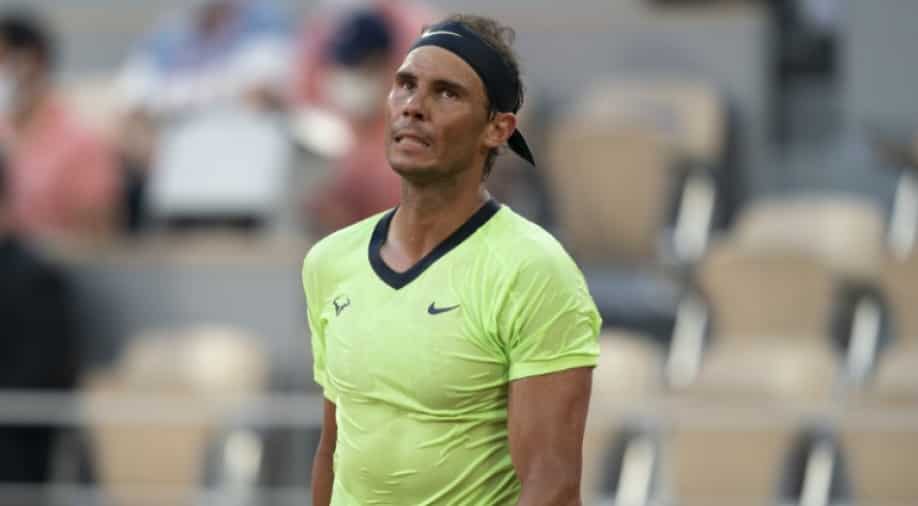 Second seed Nadal will be replaced by the lucky loser and fellow Spaniard Feliciano Lopez in the main draw.

World number four Rafa Nadal on Tuesday said he had withdrawn from the Masters 1000 hardcourt event underway in Toronto due to persistent pain in his injured left foot.

The injury kept the 20-time Grand Slam champion out of Wimbledon and the Tokyo Olympics this year and played a role in his shock third-round exit at the Washington Open last week.

"I have had this issue for a couple of months, as people know," said Nadal, a five-time winner of the event which was cancelled last year due to the COVID-19 pandemic.

"Of course, it is not a happy situation after all the success that I had here in Canada, not being able to play this year after missing a year."

He said the decision was a tough one but added that the most important thing was getting better so he could go back to appreciate his time on the court.

"Today, with this pain, I am not able to enjoy it, and I really don't believe that I have the chance to fight for the things that I really need to fight for," he said.

Nadal has said he has been dealing with a recurring foot issue since 2005, which returned at this year's Roland Garros, where he fell to eventual champion Novak Djokovic in the semi-finals before deciding to sit out two of the year's biggest events.

Nadal will now turn his attention to getting fit ahead of the U.S. Open in New York.

"I really wanted to play here a lot, but now is the moment to make a decision, and this is, unfortunately, the decision that I have taken, and probably in the next couple of days we are going to know more," he said.

Second seed Nadal will be replaced by the lucky loser and fellow Spaniard Feliciano Lopez in the main draw.