Tennis: Naomi Osaka pulls out of Wimbledon but aims for Olympics 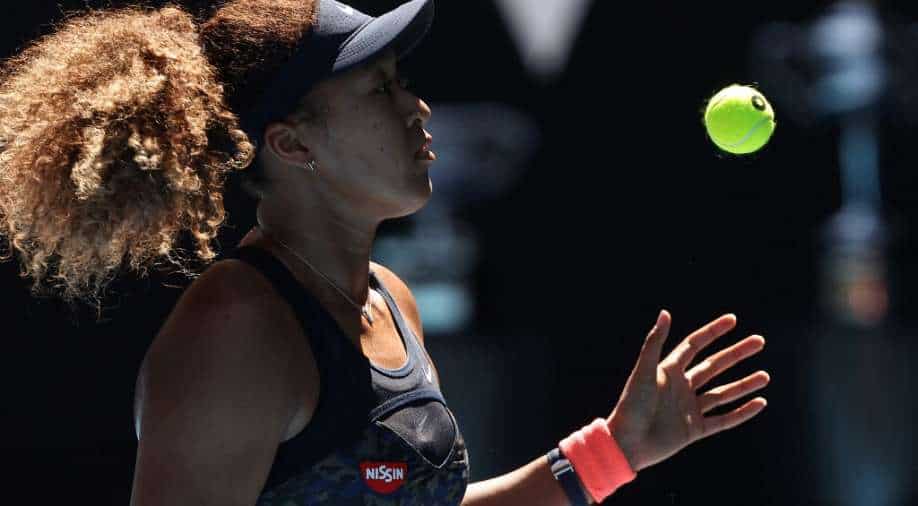 Tennis star Naomi Osaka has withdrawn from this month's Wimbledon championships for personal reasons, but her agent said that world number two will be ready for the Tokyo Olympics

Naomi Osaka has withdrawn from this month's Wimbledon championships for personal reasons, but her agent said that world number two will be ready for the Tokyo Olympics.

Japan's Osaka quit the French Open last month following her first-round victory after organizers fined her $15,000 and threatened her with expulsion from the tournament when she refused to attend mandatory post-match press conferences.

The 23-year-old, who said she has "social anxiety", explained that the media's line of questioning after matches impacted her mental well-being.

"Naomi won't be playing Wimbledon this year. She is taking some personal time with friends and family. She will be ready for the Olympics and is excited to play in front of her home fans," Osaka's agent told Reuters via email.

Wimbledon organizers, the All England Lawn Tennis Club (AELTC), said Osaka would be "greatly missed" at the Grand Slam this year.

"We completely understand her decision," the AELTC said. "We wish her a happy time with her friends and family and look forward to welcoming her back to Wimbledon next year."

Osaka's participation at Wimbledon was in doubt this month when she pulled out of a WTA 500 grasscourt tournament in Berlin which was meant to serve as a tune-up for the Grand Slam.

Osaka, a four-time Grand Slam winner, had announced in the build-up to the French Open that she would not face the media and stuck to her stance.

A strongly-worded letter from the board of the four Grand Slam tournaments followed, warning her of possible expulsion from Roland Garros and future majors - after which she announced her withdrawal on social media.

Osaka's sudden withdrawal led to an outpouring of support from fellow tennis professionals and other athletes, including Venus and Serena Williams, Formula One champion Lewis Hamilton and former Olympic sprint champion Usain Bolt.

The reaction to Osaka's withdrawal put French Open organizers on the back foot. Although they defended their handling of the situation, they accepted that the governing bodies need to do better on mental health issues.

Osaka's withdrawal was a second major blow to Wimbledon on Thursday after 20-times Grand Slam winner Rafa Nadal announced he was skipping the grasscourt major following a grueling claycourt season.

Spaniard Nadal also said he would be skipping the Olympics, which begin on July 23.