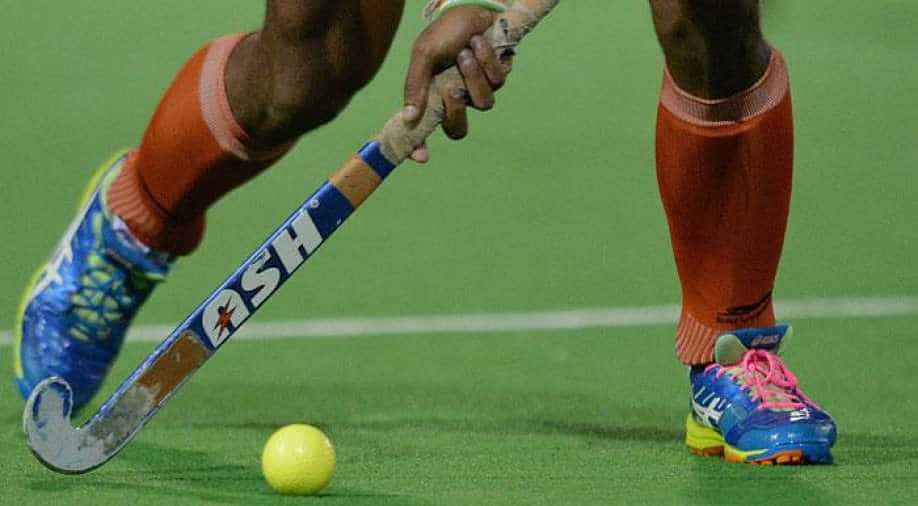 After suffering defeat from Malaysia, a spirited India bounced back and beat New Zealand 4-0 to end their campaign at the 26th Sultan Azlan Shah Cup Tournament 2017 with a Bronze Medal here on Saturday.

India made a dominating start, creating plenty of opportunities in the first quarter putting New Zealand on the backfoot.

Only a minute into the game, India earned their first PC when forward SV Sunil found Kane Russell's foot in the circle, but Harmanpreet Singh's flick hit New Zealand's first rusher giving India another opportunity at a PC.

The Black Sticks' defence, however, denied India an early lead. Another chance was lost when an impulsive Mandeep Singh on the counter attack raced into the striking circle and took a shot on goal but was saved by an alert Richard Joyce.

With three minutes to go for the first hooter, Manpreet Singh set-up a perfect shot on goal with Mandeep perfectly poised to take the shot, but unfortunately the youngster couldn't connect the ball to get a deflection.

Going into the second quarter in a stalemate, Akashdeep Singh was quick to win India their third PC with some good dribbling skills in the circle. Rupinder Pal Singh ensured this chance didn't go begging with a well-timed flick sending it low on the right to beat Joyce and give India a 1-0 lead in the 17th minute.

India kept the Malaysian spectators entertained with a thrilling charge made by Mandeep Singh who raced into the striking circle only to assist Akashdeep with a square pass, though they couldn't convert a field goal, the attempt helped India win their fourth PC.

Joyce made a good attempt to save Rupinder's flick but the umpire awarded India another PC due to dangerous play. This time Rupinder used similar tactic of sending the ball low on the right that worked like magic, beating Joyce yet again, clinching India a splendid 2-0 lead in the 27th minute. This was Rupinder Pal Singh's third goal in the tournament.

New Zealand made desperate attempts at coming back into the game in the third quarter but India continued to impress with their attack trying to find space for a third goal. The defenders too put up a spirited performance to ensure India held on to the lead.

India scored their third goal of the match in the 48th minute when Mandeep Singh after tackling two New Zealand defenders at the baseline set-up Sunil with a brilliant square pass. Sunil was impressive as he beat defender Cory Bennett to the convert a sensational goal taking India's lead to a comfortable 3-0.

A video referral was upheld in favour of New Zealand when Affan Yousuf assisted skipper Manpreet Singh who took a successful shot on goal in the dying minutes of the match. But since it came off the back stick, the goal was denied.

But Manpreet's baseline pass to Talwinder Singh who was spot on with his strike took India' tally to a comprehensive 4-0.