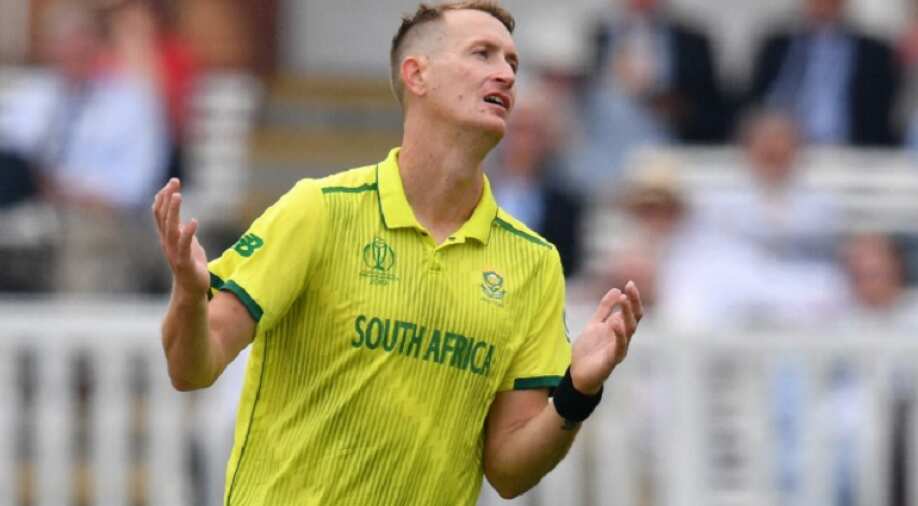 Chris Morris retires from all forms of cricket. Photograph:( AFP )

South Africa all-rounder Chris Morris, who was the most expensive pick in the IPL player auction ahead of the 2021 season, has retired from all forms of cricket.

Bowling all-rounder Chris Morris announced his retirement from cricket on Tuesday, calling time on a career which saw him represent South Africa 69 times across all formats.

The 34-year-old made his debut for South Africa in 2012 and went on to play four tests, 42 One-Day Internationals and 23 Twenty20 internationals, taking 94 international wickets and scoring 773 runs.

He last played for South Africa in the 2019 ODI World Cup, in which he was their highest wicket-taker with 13.

Morris also earned million-dollar deals in the Indian Premier League on multiple occasions, becoming the most expensive buy in the tournament`s history in February 2021 when he returned to the Rajasthan Royals for 162.5 million rupees. ($2.20 million)

"Thanks to all who have played a part in my journey whether it be big or small ... it`s been a fun ride," Morris said on Instagram.

Morris added that he would be taking up a coaching role with South African franchise Titans.