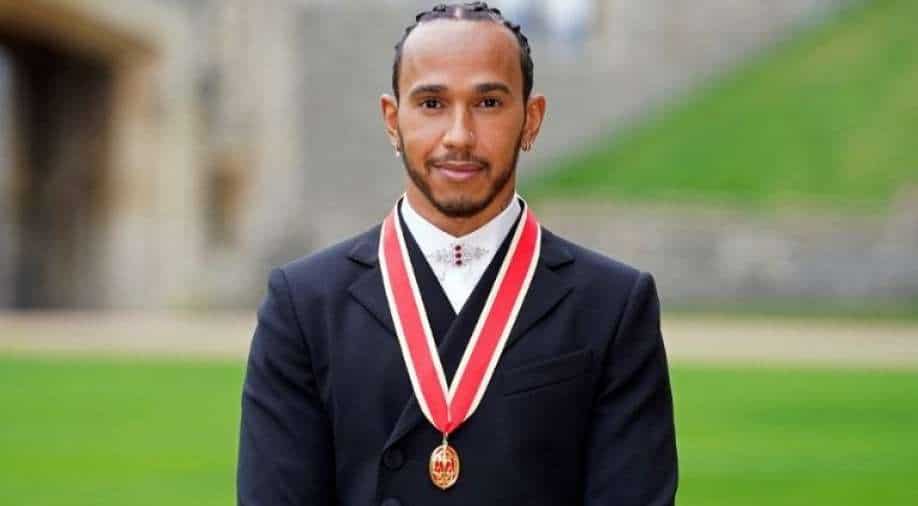 Hamilton is the fourth F1 driver to be knighted after the late Australian Jack Brabham, Stirling Moss and triple champion Jackie Stewart.

Seven times Formula One champion Lewis Hamilton received his knighthood for services to motorsport on Wednesday, days after he lost out on what would have been a record eighth title after a tense last lap at the Abu Dhabi Grand Prix.

Hamilton holds the record for most race wins with 103 while he is tied with German great Michael Schumacher on seven drivers` championships.

The 36-year-old Briton, the sport's only Black driver, was made a Knight Bachelor by Britain's Price Charles during an investiture ceremony at Windsor Castle in England.

The seven-time @F1 World Champion received his Knighthood from The Prince of Wales at today's Investiture ceremony held at Windsor Castle. pic.twitter.com/I3xicKLLYp

Hamilton is the fourth F1 driver to be knighted after the late Australian Jack Brabham, Stirling Moss and triple champion Jackie Stewart, and the only one to have received the award while still racing.

Hamilton lost out on the 2021 title to Red Bull driver Max Verstappen on Sunday. The two were equal on points before the final race in Abu Dhabi, where the Dutchman overtook Hamilton on the final lap to lift his maiden title.