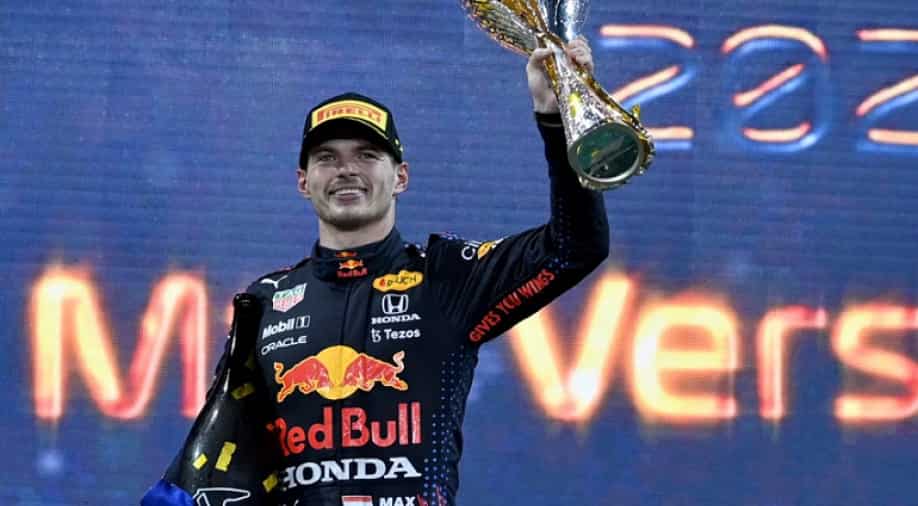 Max Verstappen won his maiden Formula One World Championship title after beating Lewis Hamilton in the final lap of Abu Dhabi GP on Sunday in one of the most thrilling finishes ever. Social media exploded with memes soon after Verstappen's win.

Red Bull driver Max Verstappen pulled off a thrilling last-lap win against Mercedes' Lewis Hamilton to clinch the Abu Dhabi Grand Prix and win his maiden Formula One World Championship title on Sunday (December 12). It was a sensational race that went down the wire with Verstappen overtaking Hamilton in the final lap to emerge victorious after a nail-biting finish.

Hamilton dominated the proceedings for the most part of the race and looked close to bagging his record eighth Formula One title but was beaten by Verstappen towards the end. The momentum shifted towards Verstappen after Nicholas Latifi's crash led to the appearance of the safety car. While Hamilton decided to continue and keep his track position, Verstappen pitted for new tyres.

Verstappen zoomed past Hamilton in the final lap with his fresh tyres and pulled off a miraculous win which left the entire sporting fraternity in awe. The 24-year-old became the first Dutch driver to win the Formula One title and brought an end to Mercedes' dominance. Mercedes has won seven back-to-back F1 titles since 2014.

The grand finale to a season that had everything #AbuDhabiGP 🇦🇪 #F1 pic.twitter.com/WpjPhhoeQY

As Verstappen won his maiden title under controversial circumstances, social media exploded with memes. While some took a dig at the officials and the Dutch driver, some celebrated the underdog's memorable triumph at the Yas Marina Circuit.

Here are some of the best memes on Max Verstappen's Formula One win:

Verstappen to Hamilton when he overtook him in the last lap pic.twitter.com/oe7Zdz1lFc

“Latifi, now crash the car so we can get the safety car out” #F1 pic.twitter.com/YTUX2O8znY

Regarded as one of the greatest drivers of all time, Hamilton was gunning for his record eighth world title having won seven straight titles since 2014. A win would have taken the British star past F1 legend Michael Schumacher's tally of seven Formula One World Championships.

However, Verstappen denied the Britisher a record win with an unbelievable effort in the final lap which brought a fitting end to what had been a stunning Formula One season.