PSG return to winning ways with triumph over Nantes 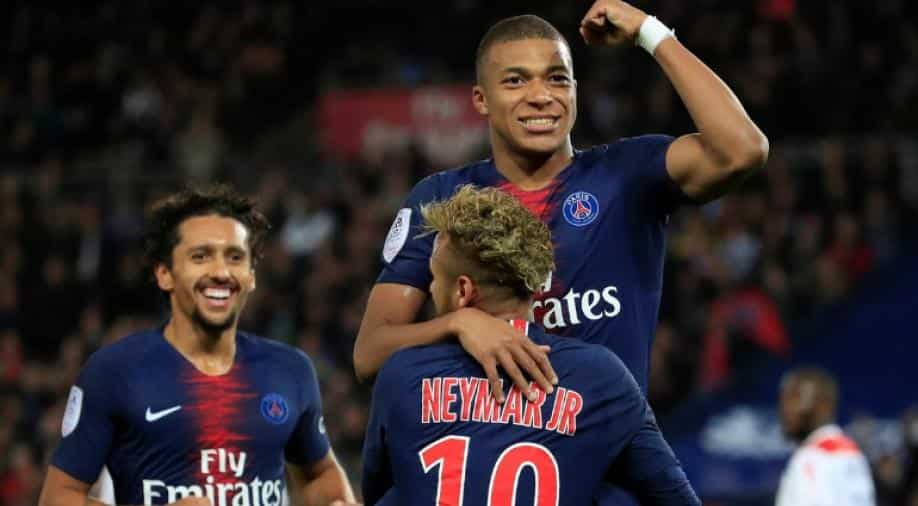 A Kylian Mbappe goal gave them a hard-fought 1-0 victory over Nantes.

Paris St-Germain got back to winning ways in Ligue 1 on Saturday when a Kylian Mbappe goal gave them a hard-fought 1-0 victory over Nantes and condemned the visitors to their 15th straight loss against the capital club.

Mbappe, who celebrated his 20th birthday on Thursday, got his 13th goal of the season midway through the second half when he turned home a deflected corner from Angel Di Maria.

The French champions won their first 14 league games but then drew their next two and the three points at home to Nantes enabled them to extend their lead at the top of the Ligue 1 table to 13 points.

Second-place Lille fell further behind when they let a first-half lead slip at home to Toulouse.

Rafael Leao put Lille ahead after 17 minutes but two second-half penalties from Max-Alain Gradel gave Toulouse only their second league win in 13 games stretching back to the first day of September.

The third and fourth-placed sides, Olympique Lyonnais and Montpellier, also fell back when they drew 1-1.

Captain Nabil Fekir put the visitors from Lyon ahead after 67 minutes but Ruben Aguilar, with his first Ligue 1 goal in 47 games, evened the score for Montpellier nine minutes from the final whistle.

PSG now lead Ligue 1 with 47 points, 13 clear of Lille, 15 ahead of Lyon and 17 in front of Montpellier. The capital club has played 17 games, two fewer than Lille, one fewer than Lyon and the same as Montpellier.

At the other end of the table, Guingamp boosted their survival chances when they won 2-0 at fellow strugglers AS Monaco.

Two goals in seven minutes midway through the second half from Marcus Thuram and Nolan Roux gave Guingamp their first league win in 10 games.

It was not enough to lift them out of the last place but they moved on to 11 points, two behind Thierry Henry's side.

Elsewhere, a brace from Jordan Siebatcheu helped Stade Rennais to a 4-0 win over Nimes, St-Etienne beat Dijon 3-0, and Strasbourg triumphed 2-0 at home to Nice.

Reims shared the points with Caen in a 2-2 draw and Olympique de Marseille drew 1-1 at Angers.