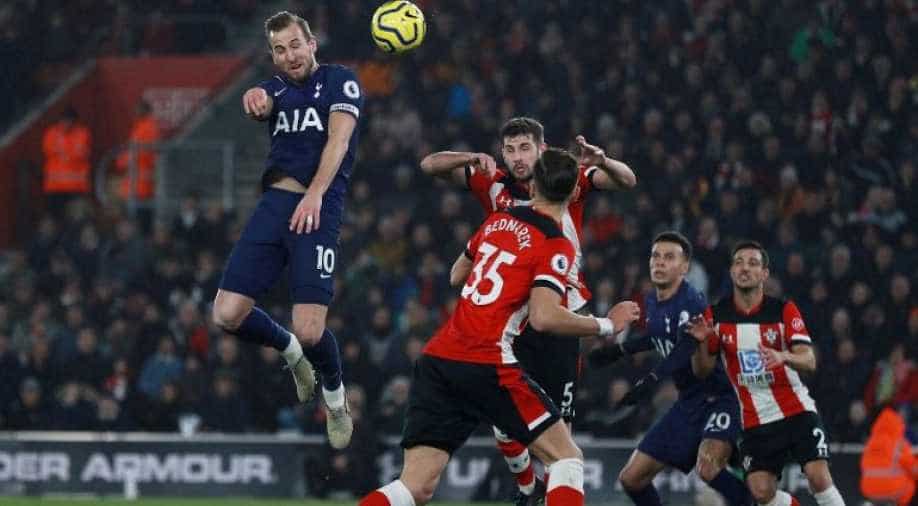 Beaten Tottenham Hotspur suffered a double injury blow in the 1-0 defeat at Southampton on Wednesday with Harry Kane and Tanguy Ndombele both forced off at St Mary's.

While the result was bad, the biggest worry for Tottenham manager Jose Mourinho was the sight of top scorer Kane pulling up with a left hamstring injury deep into the second half after stretching to score a goal that was ruled out for offside.

Kane, scorer of 11 Premier League goals this season, went straight down the tunnel, leaving Tottenham with scant striking options as Son Heung-min was serving the final match of his three-game ban for a red card in the defeat by Chelsea.

He was later seen leaving the stadium using crutches.

Asked about the injuries, Mourinho said: "Tanguy Ndombele, I don't know. I imagine this is (his) 10th injury of the season. They stop him to play. It doesn't give him continuity," he said.

"Harry Kane plays every minute, he plays all the time. It might be big, it might be small. For sure he will be out.

"It is negative, hamstring is always negative. Is it a tear, is it a small thing, is it a contraction? At this moment I cannot say."

Kane has suffered several lengthy injury lay-offs in the last few seasons. Last season he missed a month after damaging ankle ligaments and then suffered a similar injury in April which kept him out until the Champions League final.

A third defeat in Mourinho's nine Premier League games in charge at Spurs further undermined the resurgence his arrival produced and left Tottenham in sixth spot, six points behind fourth-placed Chelsea who drew with Brighton and Hove Albion earlier.

Mourinho said raiding the transfer market was not the answer though, now that the mid-season window is open.

"Come on, we need time to work. We need what we are not having. We need to focus on what we have," he said. "We are not looking to be the kings of the market. We are going to work.

"We see the bad result today which is the continuity of the last year. For 12 months, it has been very difficult to get results away from home.

"The work is not about buying, it is about working with the players on the pitch. It is something that is very difficult for us because we have no time to do it."