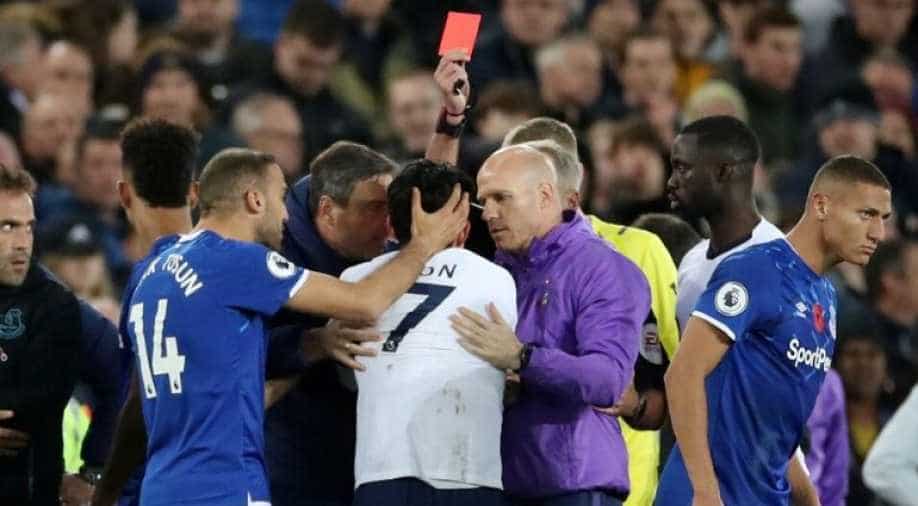 Gomes suffered a fracture-dislocation to his right ankle in the second half of the 1-1 draw at Goodison Park.

Tottenham Hotspur have appealed the red card shown to striker Son Heung-min for the tackle that led to Everton midfielder Andre Gomes suffering a horrific ankle injury in their Premier League match on Sunday, British media have reported.

Gomes suffered a fracture dislocation to his right ankle in the second half of the 1-1 draw at Goodison Park after landing off balance at speed after the tackle from Son and then colliding with Spurs full-back Serge Aurier.

Portugal international Gomes had surgery on Monday and Everton said afterwards he was expected to make a full recovery.

Referee Martin Atkinson showed Son a red card for his tackle on Gomes and the Premier League said after the match that he had been dismissed for "endangering the safety of a player".

Both the BBC and the Guardian reported that Spurs had appealed to the Football Association asking for the red card to be rescinded.

South Korea international Son, who was in tears in the dressing room after the match, will be banned for Tottenham's next three Premier League matches against Sheffield United, West Ham and Bournemouth if the appeal is unsuccessful.