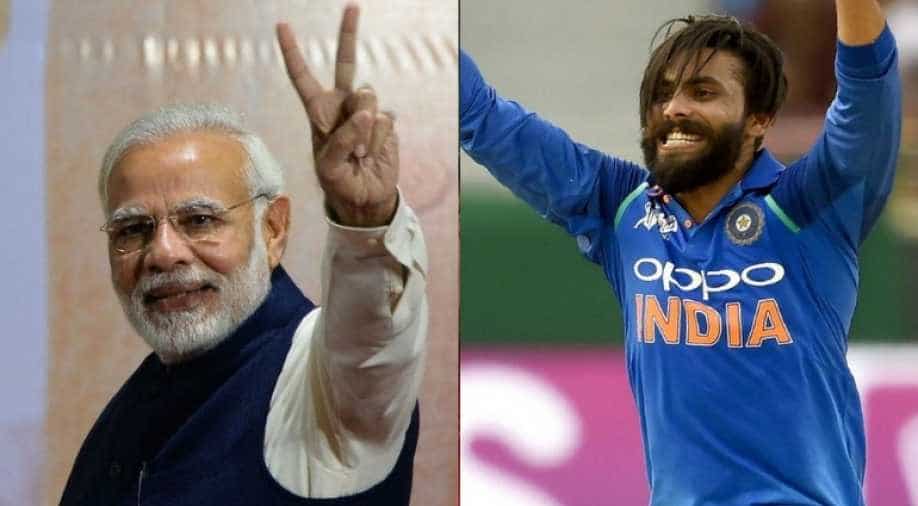 Jadeja, who is an all-rounder, got the ticket for England seeing his recent performance in the ODIs and 2019 Indian Premier League (IPL).

Prime Minister Narendra Modi congratulated Ravindra Jadeja for his selection in India's World Cup squad that was announced on Monday.

Jadeja, who is an all-rounder, got the ticket for England seeing his recent performance in the ODIs and 2019 Indian Premier League (IPL).

The wishes came after Jadeja had tagged Narendra Modi on Twitter, extending his support to the Bharatiya Janata Party (BJP) at a time when Lok Sabha elections are underway.

The Chennai cricketer has a strong bond with the ruling part of the nation as his wife Rivaba had joined the party last month in Jamnagar in the presence of the eminent BJP leaders from the state.

And, congratulations on being selected for the Indian cricket team for the 2019 World Cup. My best wishes. https://t.co/wLbssqSoTB

In fact, she is fighting for a seat from the Jamnagar constituency in the ongoing elections.

However, there were questions raised on Jadeja’s loyalty to BJP when two of his own family members surprisingly pledged their allegiance to BJP’s biggest opposition party Congress.

For the uninitiated, the ICC WOrld Cup will start from May 30 to July 14.