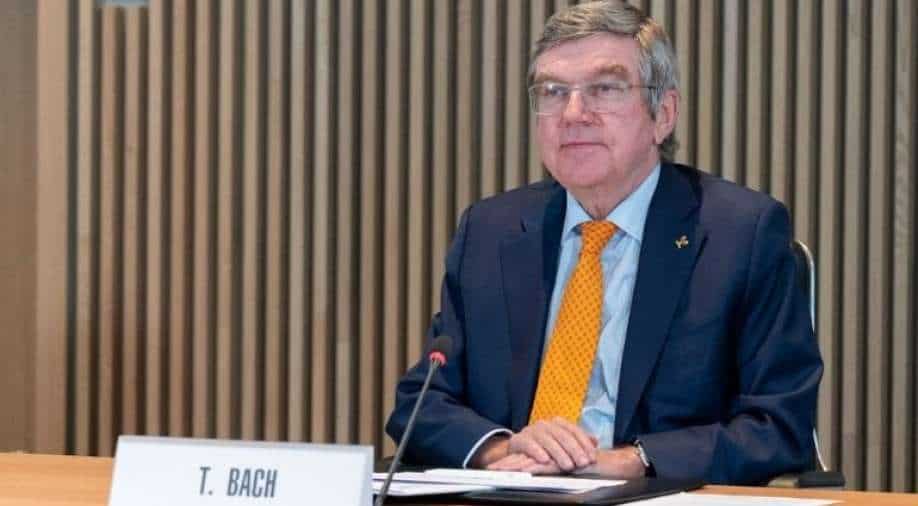 International Olympic Committee chief Thomas Bach has been forced to postpone a visit to Japan, organisers said Monday, after a coronavirus state of emergency was extended less than three months before the Tokyo Games.

International Olympic Committee chief Thomas Bach has been forced to postpone a visit to Japan, organisers said Monday, after a coronavirus state of emergency was extended less than three months before the Tokyo Games.

Bach's trip was scheduled for May 17-18 but organisers "decided to postpone it based on various situations including the (government's) extension of a virus state of emergency".

It is just the latest coronavirus disruption for the postponed 2020 Games, which have seen several test events cancelled, postponed or moved.

The Japanese government and Olympic officials insist the virus-postponed Games can go ahead safely this summer, although polls show most Japanese people support cancellation or another delay.

In a statement, the Tokyo 2020 organising committee said it hoped the visit could go ahead "as soon as possible" and would continue to assess the coronavirus situation. Japanese media said organisers planned to reschedule Bach's visit for June.

Japan's state of emergency, which is less strict than blanket lockdowns in other countries, was last week extended to the end of May in the hardest hit regions, including Tokyo.

Seiko Hashimoto, president of the Tokyo 2020 Games, said Friday it would be "very difficult" to arrange the visit given the state of emergency.

Japan's Covid-19 outbreak remains much smaller than in many countries, with around 10,800 deaths.

But its vaccine rollout is moving slowly and some areas have seen record cases as more infectious variants drive fresh waves of contagion.

Prime Minister Yoshihide Suga was forced on the defensive on Monday, insisting in parliament he has "never put the Olympics first" and that his priority remains "the lives and health of the Japanese people".

IOC vice-president John Coates told AFP on Saturday that nothing could stop the Tokyo Olympics from going ahead, despite ongoing risks from Covid-19.

More than 10,000 athletes from 200 countries and regions are set to travel to Tokyo for the Games, with a decision on how many domestic fans -- if any -- can attend set for June.

A poll published Monday by Japan's Yomiuri Shimbun daily found 59 percent of respondents want to cancel the postponed 2020 Games, which will open on July 23. The poll did not offer the option of a further postponement.

A separate survey by the TBS broadcaster found 37 percent back cancellation, while 28 percent want the Games delayed again.

And an online petition urging the Games to be cancelled has gathered more than 315,000 signatures since Wednesday.

But Games organisers insist the mega-event can be held safely with strict virus rules.

US drugs giant Pfizer and its German partner BioNTech on Thursday announced a deal with the IOC to provide vaccines to athletes and their delegations.

Japan's own vaccine programme is progressing cautiously, however, with around one percent of the population having received two shots so far.

An increasing number of sections of the Olympic torch relay have been scaled back and moved off-road to prevent people from gathering to watch.

Japanese media reported on Monday that two more regions will scrap the public relay -- Hyogo prefecture, which is under the state of emergency, and Okayama, also seeing a surge in virus cases.

Who was Kyle Smaine? US freestyle skier dies in Japan; what caused his death? Take a look at his skiing career

Lucknow pitch curator gets the sack for preparing below par wicket: Reports