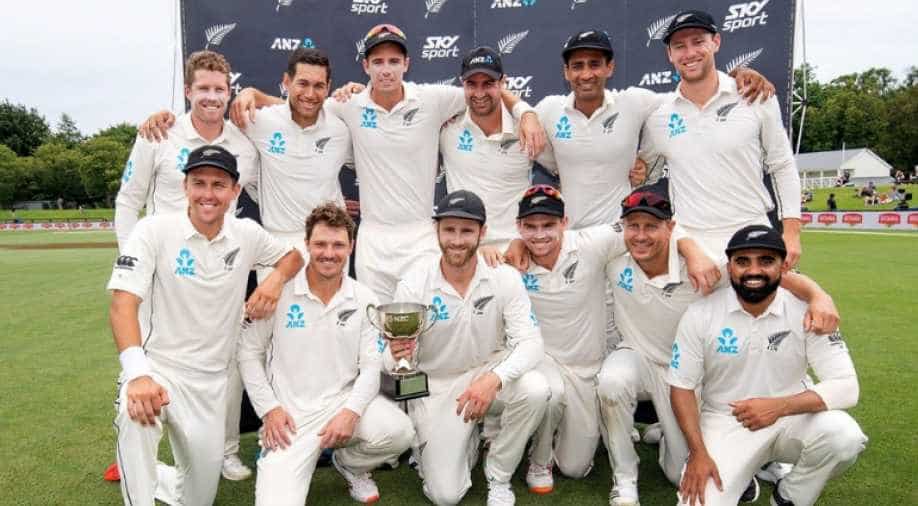 With the first match in Wellington ending in a damp draw, Sunday's victory saw the hosts win a fourth successive Test series for the first time.

Trent Boult and Neil Wagner quickly wrapped up Sri Lanka's second innings on Sunday as New Zealand clinched the series 1-0 with a dominant 423-run victory in the second Test at Hagley Oval in Christchurch.

Boult trapped Dushmantha Chameera in front after only 10 minutes of play on the fifth day, and while the batsman asked for a review third umpire Rod Tucker confirmed the onfield decision two minutes later to bring the match to an end.

With the first match in Wellington ending in a damp draw, Sunday's victory saw the hosts win a fourth successive Test series for the first time.

"A fantastic achievement," said New Zealand captain Kane Williamson. "It's exciting, the four series, even if I wasn't aware of it.

"But it's a proud achievement because we are playing in different conditions and having to adjust our games."

The victory was even more impressive given New Zealand had been reduced to 64 for six on the first day, before Tim Southee produced a counter-attacking innings of 68 that pushed their total through to 178.

Southee then blasted the top off Sri Lanka's reply, reducing them to 21 for three. The performance on the first day earned him man-of-the match honours.

"It was nice to get some runs," Southee said. "We needed to post some sort of score and try and hang in there ... for as long as we could.

"I guess 170 in the first innings was a good score on that wicket."

Boult followed up Southee's cameo with a stunning burst of six wickets in 15 deliveries early on the second day, which swung the game in their favour as they took a 74-run lead.

New Zealand's batsmen all got starts in their second innings with Tom Latham (176) and Henry Nicholls (162 not out) notching their first centuries on their home ground as Williamson declared at 585 for four.

"A couple of brilliant contributions from those two local boys," Williamson said of Latham and Nicholls. "We required big runs and ...they went and put us in a really strong position."

Sri Lanka put up a stronger second innings performance as they sought to either grind out an improbable 660 runs for victory, or bat for more than two days to save the game.

Their resistance was broken late on the fourth day.

After they had battled through to 231 for six at stumps the tourists faced the prospect of having their top batsman Angelo Mathews not appearing again after he retired hurt with a hamstring injury.

Boult wasted little time on Sunday in the overcast conditions as he bowled Suranga Lakmal for 18 on the third ball, before Wagner had Dilruwan Perera caught for 22 on the eighth.

Boult then wrapped up the innings at 236 for nine with Mathews unable to bat.

"We are a young team, but if we can show the same character as Kusal Mendis and Angelo Mathews then we should be able to compete."