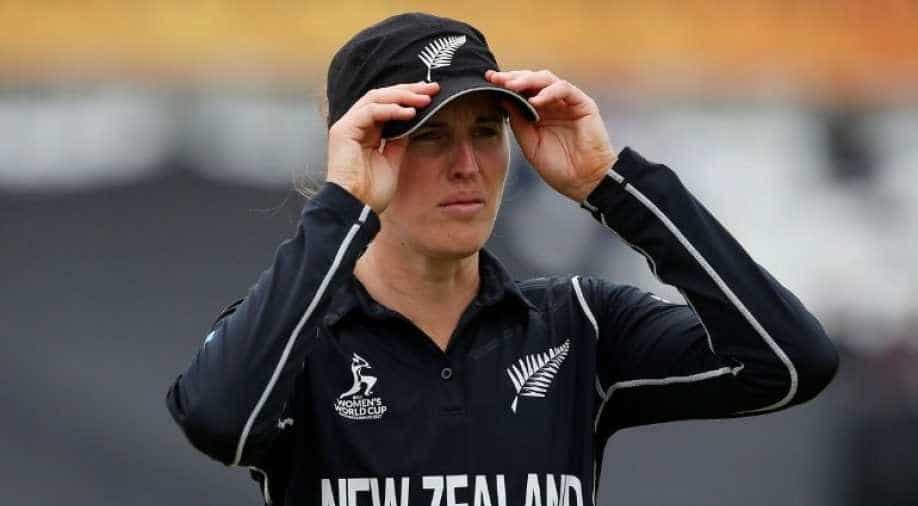 Amy Satterthwaite will become the first player to benefit from new contract conditions that guarantee her core salary while on maternity leave, the country's governing body (NZC) said

The captain of the New Zealand women's cricket team Amy Satterthwaite will become the first player to benefit from new contract conditions that guarantee her core salary while on maternity leave, the country's governing body (NZC) said.

The 32-year-old, who is married to teammate Lea Tahuhu, is due early next year and will miss the women's World Twenty20 tournament in Australia that runs from Feb. 21-March 8.

New Zealand Cricket said Satterthwaite would take a leave of absence and, under the terms of a recently agreed new collective agreement, she would be named as a centrally contracted player and receive her full annual retainer.

"She will be the first player to benefit from the new pregnancy leave provisions included in the new agreement," NZC Chief Executive David White said.

"This means she'll be paid her full retainer throughout and, although possibly fulfilling some off-field contractual obligations, will not be required to train or play."

As captain, Satterthwaite is likely to be at the top end of the pay scale.

Satterthwaite said she and Tahuhu were excited to start a new chapter and that she was aiming to return to the field for the 2021 womens' World Cup.

"I am very lucky to have great support from NZC with regard to taking a break from the game to have a family," Satterthwaite said in an NZC statement on Tuesday.

"I feel I still have a lot to give to the game and look forward to working my way back with an eye on the 2021 ICC Women's World Cup held in New Zealand."