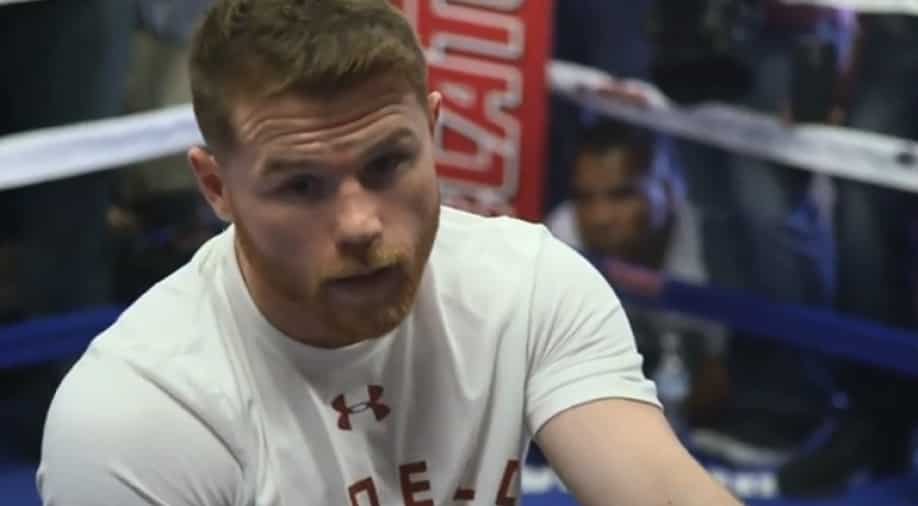 Alvarez will be fighting 11 times as part of the deal starting December this year.

Mexican boxer Canelo Alvarez, 28, has signed the most lucrative with sports streaming service DAZN worth $365 million over five years.

Alvarez will be fighting 11 times as part of the deal starting December this year. The boxer has set up his maiden fight against British boxer Rocky Fielding who is the current WBA super middleweight champion.

The much-anticipated fight is due to take place on December 15th at Madison Square Garden in New York. Alvarez at present is the unified middleweight world champion.

"I've always said that when one door closes another door opens up and we're very happy with this new alliance with the zone," an elated Alvarez said, adding,"We know the challenge we have in front of us and we're going to try real hard to enter the history of Mexican boxing".

The earlier deal held by baseball player Giancarlo Stanton was worth $325 million signed four years ago.

DAZN is a dedicated over-the-top(OTT) sports subscription service launched two years ago. It offers a range of sports events including the English Premier League, US NBA, Formula One among others.

DAZN launched in the US this year, the Alvarez deal is set to inject new interest in the streaming service.