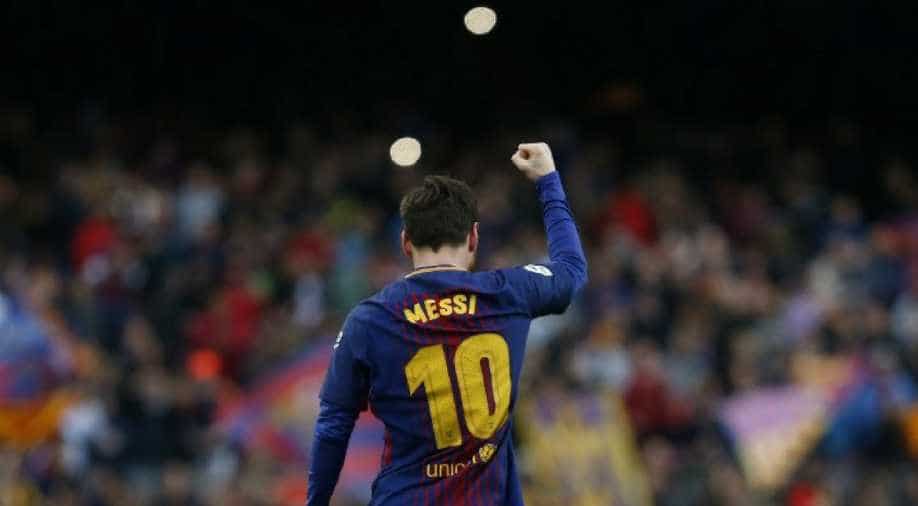 FC Barcelona won against the visitors Atletico Madrid by 1-0 at Camp Nou on Sunday. The match was labelled as "the Grand Final" by some Spanish media houses, as both the teams are neck-to-neck and are racing to be at number spot in the League table.

The game started in the second half when Atletico Madrid displayed enough intent and courage to win the Spanish title race. Otherwise, the first half was entirely dominated by FC Barcelona and Atletico seemed as if they have surrendered in the initial 45 minutes.

Barcelona sent the first warning in the 3rd minute itself by earning a corner, they had put Atletico under immense pressure by claiming 5 corners within 12 minutes, though, none of them was converted. Atletico striker Antoine Griezmann, meanwhile, who came in with seven goals in two games, was largely anonymous.

Despite the massive dominance, few of the Barca's stars were unlucky to some extent, first Luis Suarez as two of his goals were offsides. He thought he had scored a second after half-volleying through Oblak's legs but was flagged offside before Jose Gimenez applied a crucial block to deflect a Messi shot over.

And Iniesta, who suffered an injury to his right hamstring during and will have more tests tomorrow will provide more insight into his condition. Iniesta now has 10 days to recover before next week's Champions League second leg against Chelsea.

[INJURY NEWS] @andresiniesta8 has a hamstring injury in his right leg. More tests are needed to find out the extent of the problem #BarçaAtleti pic.twitter.com/2rhv79AekT

FC Barcelona was five points ahead of second-ranked Atletico Madrid which extended to eight as marvellous Messi netted in the 26th minute by clearing a free-kick by hitting a swinging banana shot into the top right corner and gave a 1-0 lead. It was Messi's 600th career goal from a free-kick from 25 yards out.

The second half was bit competitive but the 1-0 lead helped the Catalans to maintain the pressure and the efforts of Atletico Madrid went in vain.

Though they were close to equalizing and almost did also but the goal in the second half was offside, a very close one.

FC Barcelona has earned a crucial 3 points and stand at top of LaLiga charts and continues its unbeaten run.