Messi is Messi, with or without World Cup: Diego Maradona 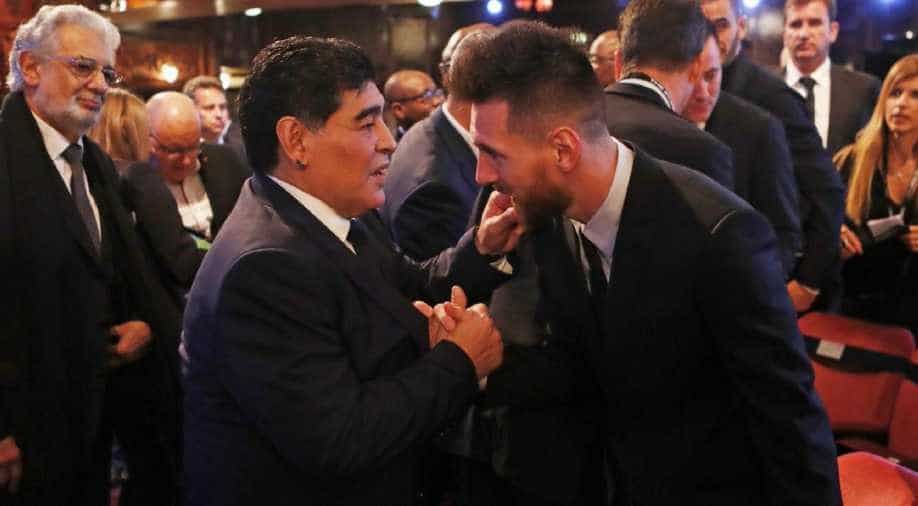 Lionel Messi, who is famously jinxed in the finals of the major tournaments like  World Cup and Copa America has experts baying for his blood once again as Argentina gets set for Russia.

In the last football World Cup in Brazil, the Barcelona sensation led the team in the finals but suffered a terrible fate when Germany scored the winner in the extra time and became world champions.

Apart from the World Cup, he also faced defeats in the finals of Copa America. Not to forget the Copa 2016, when he suddenly announced retirement which he later overturned after facing a tragic defeat against Chile in the penalties.

Recently, Messi said he could retire from international matches if Argentina doesn't win the World Cup.

Responding to this, former Argentine legend Maradona said, "Messi always showed he loves football, that doesn't change whether he plays or doesn't play in a World Cup. Messi is Messi, with or without a World Cup."

Maradona also supported the use of video review (Video Assistant Referee-VAR) to help referees at the World Cup. He hailed it as a landmark decision.

He said, "I think that technology now is doing good in football...and I think it will be at the forefront for transparency in this new FIFA."

In a recent interview to a TV news program which broadcast on the America TV channel, Messi said, "I have seen in many places in the world that people want this to be a good World Cup for me. The truth is I find this amazing."