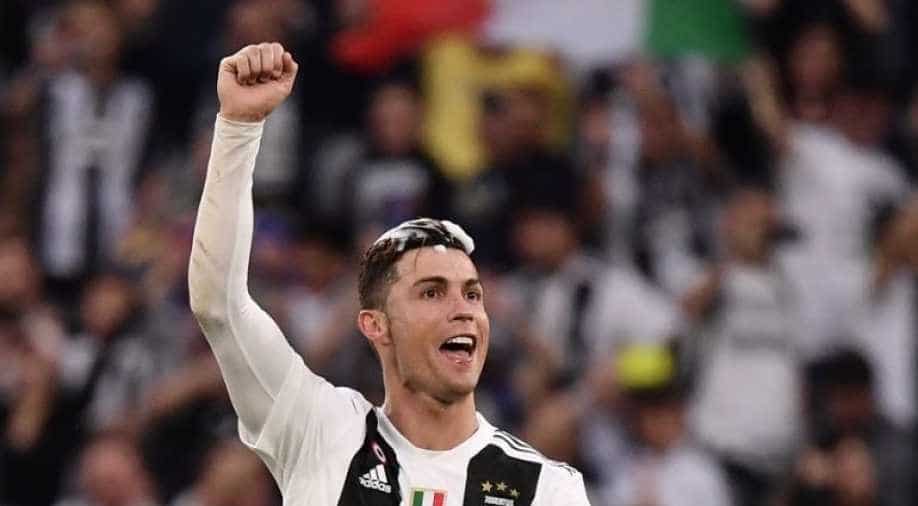 Juventus have a perfect home record against Sassuolo with six wins in as many games.

The eight-time reigning Serie A champions are unbeaten this season and are one point ahead of Inter Milan, who kept their European ambitions burning with a 3-1 win at Slavia Prague.

Juventus have a perfect home record against Sassuolo with six wins in as many games.

"Right now, we are only showing flashes of what we feel we can achieve and we would like to show more consistently," said Juve coach Maurizio Sarri.

Cristiano Ronaldo has returned after a slight knee problem, giving Sarri a selection dilemma with Paulo Dybala and Gonzalo Higuain in top form.

Veteran goalkeeper Gianluigi Buffon, 41, could start in place of Wojciech Szczesny, as he looks to close in on Paolo Maldini's record for Serie A appearances.

Antonio Conte's Inter have a chance to keep the momentum going as they host lowly SPAL, who have never won in the San Siro.

But Conte sees the side from Emilia-Romagna, who are second-bottom of the league, as "another test" as they build towards their Champions League clash with Barcelona.

Carlo Ancelotti's Napoli host Bologna after a 1-1 draw at Anfield left them well-placed to reach the knockout stages of the Champions League.

The Italians had travelled to Merseyside in disarray with Ancelotti seemingly on the brink of being sacked after a slump to seventh in Serie A.

President Aurelio De Laurentiis has also threatened to sell the entire squad and take legal action against the players after they refused his orders to be confined to a week-long training camp earlier this month.

But Ancelotti declared that "coming out of Anfield alive," had pleased De Laurentiis and boosted morale.

"We are united and there is determination on the part of everyone to return and demonstrate our potential," said Ancelotti.

Atalanta host the 'Derby of Lombardy' against Brescia after creating history with their first ever Champions League win, 2-0 over Dinamo Zagreb.

Lazio will be looking to hold third place at home against Udinese, at the expense of Cagliari, two points behind in fourth, who host Sampdoria on Monday.

Joint-fourth, Roma's good form will be tested at Verona, as AC Milan, struggling in 12th, travel to Parma.

Dries Mertens scored for Napoli at Liverpool to bring his tally to 117 goals for the southerners, just four goals off Slovak Marek Hamsik's all-time club record of 121.

The Belgian striker has a good opportunity at the weekend against Bologna, a team he has got 11 goals past in nine Serie A matches, more than against any other opponent.

7 - Napoli's games without a win in all competitions

1 - Juventus's lead on Inter at the top of the table