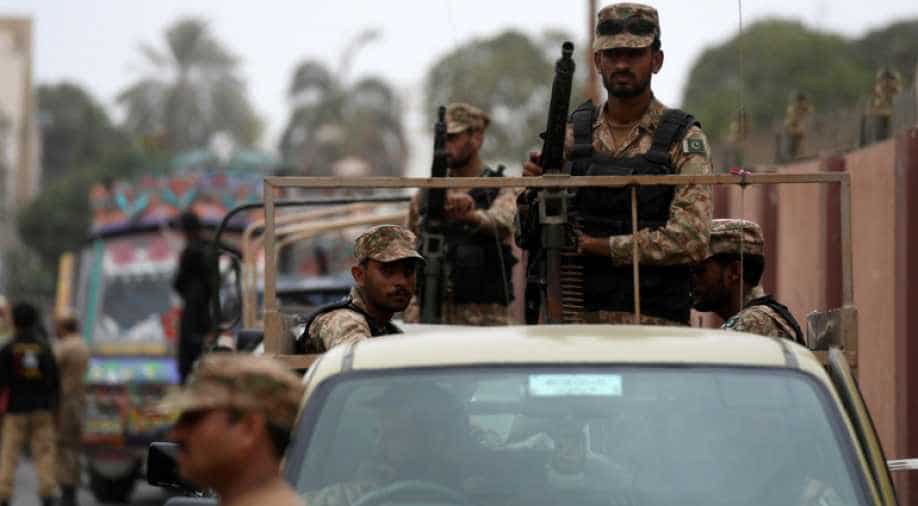 The intense shelling and firing from across the border continued throughout the night in Sunderbani sector of Rajouri district, while it started in Krishna Ghati sector of Poonch in the early hours of Wednesday, they said.

The Pakistan army Wednesday targeted dozens of forward posts and villages with artillery guns along the Line of Control (LoC) in Jammu and Kashmir’s Rajouri and Poonch districts, officials said.

The intense shelling and firing from across the border continued throughout the night in Sunderbani sector of Rajouri district, while it started in Krishna Ghati sector of Poonch in the early hours of Wednesday, they said.

Officials said the Indian Army retaliated strongly and effectively, and the exchange of heavy fire caused panic among the border residents. However, there was no report of any casualty on the Indian side, they said.

Pakistan had resorted to cross-border firing at Nowshera and Sunderbani in Rajouri and Krishna Ghati in Poonch on Tuesday as well. While the cross-border skirmishes lasted for over three hours in Nowshera sector which left a soldier injured, the firing in Krishna Ghati took place from 6 pm to 8:15 pm.

Firing in Sunderbani sector started at 8:30 pm Tuesday and ended around 4:30 am on Wednesday, the officials said. Minutes later, they said the guns once again roared in Krishna Ghati sector and firing was underway between the two sides when last reports were received. There has been a spurt in ceasefire violations by Pakistan after India’s preemptive air strike on a Jaish-e-Mohammad terror camp in Balakot on February 26 following the February 14 suicide bombing in Pulwama in which 40 CRPF personnel were killed.

Four civilians, including three members of a family, were killed and several others injured in over 60 incidents of ceasefire violations by Pakistan along the LoC in Rajouri and Poonch last week.

PM Modi pledged every poor person will have a house by 2022: Rajnath Singh