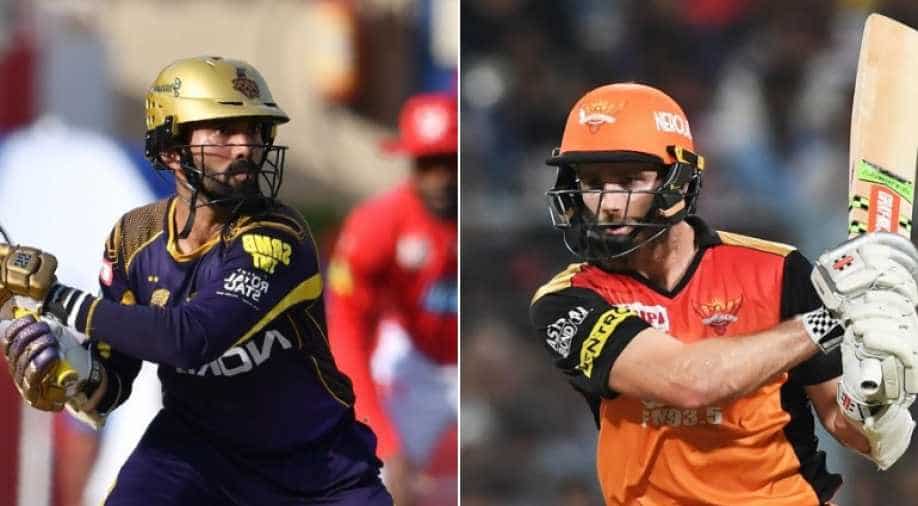 In the second match of IPL 2019, Dinesh Karthik-led Kolkata will host Hyderabad at the Eden Gardens.

MS Dhoni's tactic against Jasprit Bumrah's yorkers, Virat Kohli's strategy to counter Kuldeep Yadav's googlies, Steve Smith's desperation to show his footwork, the 12th edition of Indian Premier League, which has already begun, will be all these and much more.

In the second match of IPL 2019, Dinesh Karthik-led Kolkata will host Hyderabad at the Eden Gardens.

Strength and weaknesses of Hyderabad:

Kane Williamson, who led them to runners-up finish last season, will continue to captain Hyderabad, a team that is known for its depth and variation in bowling.

The arrival of Australian cricketer David Warner, who missed last season due to ball tampering scandal, is the main strength for the team.

Even as his international ban will end on March 28, the left-handed opener is eligible to play in the franchise league and would be hoping to get into his zone to stake a claim in Australia's World Cup squad.

Bhuvneshwar Kumar and Khaleel Ahmed will lead Sunrisers pace department, Afghanistan's Rashid Khan will be in charge of the spin attack.

Hyderabad have traded in Vijay Shankar, Shahbaz Nadeem and Abhishek Sharma for Shikhar Dhawan, but it remains to be seen how they overcome the Indian opener's departure.

Strength and weaknesses of Kolkata:

Skipper Dinesh Karthik will look to make most of the IPL opportunity to get the selectors' attention.

Karthik led Kolkata to a third-place finish following their loss to Hyderabad in the second eliminator last year.

Kolkata have roped in Carlos Brathwaite to go alongside Andre Russell, Sunil Narine as they would look to reinforce their batting firepower with Chris Lynn.

Spin sensation Kuldeep Yadav, supported by Sunil Naraine will be a key man in Kolkata's bowling department but despite having two brilliant spinners, bowling is a concern for the team.