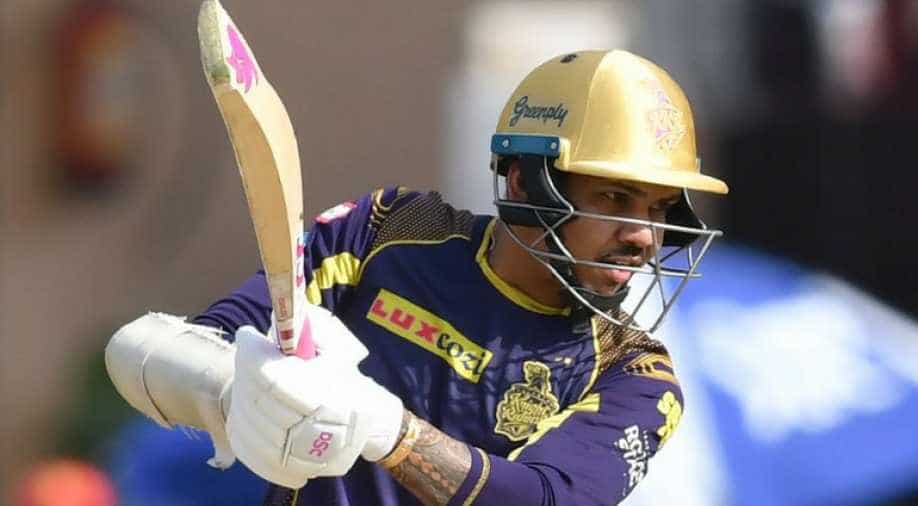 Narine played a blistering knock of 75 runs in 36 balls which included nine boundaries and four sixes. Photograph:(AFP)
Follow Us

Put into bat, Kolkata had set mammoth 245 runs on board against Punjab, to save their chances of qualifying for the play-offs in the ongoing Indian Premier League (IPL).

Sunil Narine and Chris Lynn opened for Kolkata and were in attacking position from the very first ball.

Narine took the wheels in his hand after Lynn departed after contributing just 27 runs.

He played a blistering knock of 75 runs in 36 balls which included nine boundaries and four sixes, before being sent back to the pavilion.

The downline was in terrific form as every batsman contributed today.

Robin Uthappa and Andre Russell too made 24 and 31 runs respectively, in 17 and 14 balls.

For Punjab, Axar Patel was the most expensive bowler as he gave 52 runs in four overs bowled and did not take any wicket.

Earlier,  Punjab skipper Ravichandran Ashwin on Saturday won the toss and opted to field against Kolkata at the Holkar Cricket Stadium, Indore on Saturday.

Both the sides are coming off a defeat and will be desperate to bring their campaign back on winning ways.

Talking about their strategy for today, Ashwin said, "We'll bowl first. It's a small ground and difficult to defend, so we'll try to chase it down. It's a day game and it's dried up a bit. Previous games were sticky but this one is expected to stay the same."

"We are sticking to our old combination. We have brought Agarwal in for Nath, Sran for Tiwary and Finch for Stoinis," he added.

When asked about their strategy, skipper Dinesh Karthik said, "One team has to bat first. We'll try to make the most of the opportunity. Just one change for us, Searles comes in for Curran."