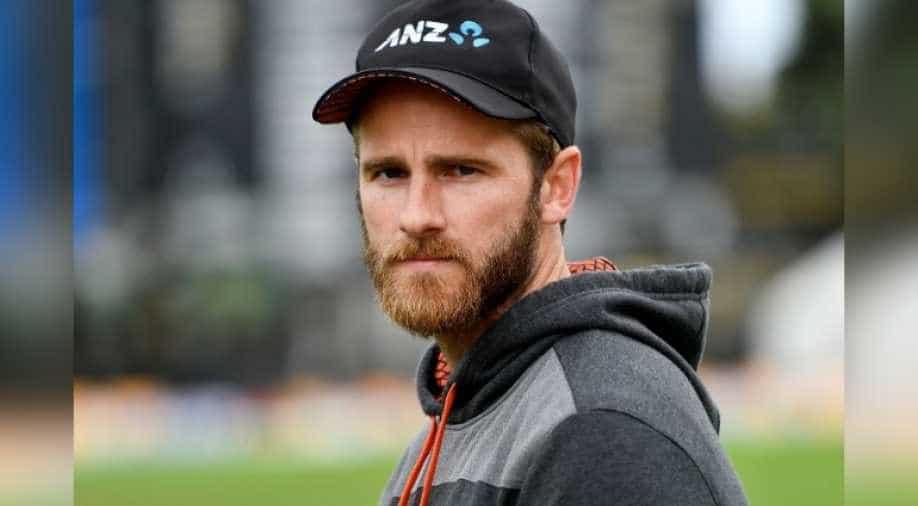 Williamson suffered a shoulder injury while fielding in Bangladesh's first innings of the second Test in Wellington, which New Zealand won on Tuesday by an innings and 12 runs.

Injured Kane Williamson could sit out the third Test against Bangladesh beginning Saturday in Christchurch and might have to delay his departure for the Indian Premier League (IPL), New Zealand said Tuesday.

Captain Williamson suffered a shoulder injury while fielding in Bangladesh's first innings of the second Test in Wellington, which New Zealand won on Tuesday by an innings and 12 runs.

"There's obviously irritation and a wee bit of bleeding, it's not a major injury," Stead said.

"We're hopeful that he will recover quickly, and the thing for us is to make sure he doesn't aggravate it any more. He will come to Christchurch and we will make an assessment there on whether he plays."

With the series already won, Stead said New Zealand would take a "safety first" approach, particularly with this year's World Cup on the horizon.

"No player wants to give up their spot in the Test team. But I think it's safe to say that we will probably err on the conservative side, and if there's any chance of risk then we're likely to pull him from that game."

Williamson had suffered considerable discomfort while batting, although he managed to score 74.

He did not take the field for Bangladesh's second innings with Tim Southee taking over the captaincy.

Williamson is due to fly to India after the Bangladesh series to join up with the Sunrisers Hyderabad in the money-spinning Twenty20 IPL.

"If things progress as we hope, then still going to the IPL shouldn't be a problem to him," said Stead.

"But he's also aware that if he's not quite 100 per cent, then we will potentially hold him back as well and make sure that he is right before he goes on that plane."

Victory early on the fifth day after the first two days were lost to rain gave New Zealand an unbeatable 2-0 lead in the series and ensured they would end the season with an International Cricket Council cheque for $500,000 as the second-ranked Test side behind India.