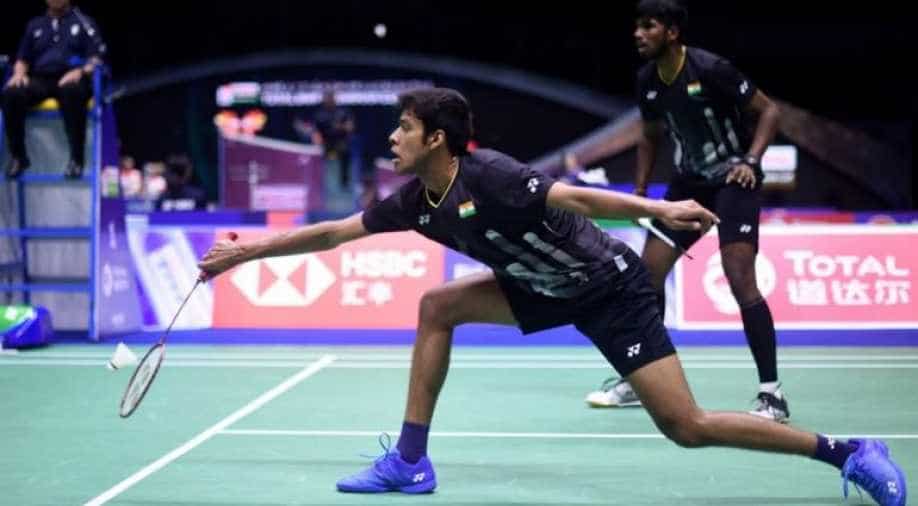 They become the first Indian doubles pair to win a World Tour 500 event.

Satwiksairaj and Chirag gave a tough fight to the Asian champions and world number two in a match that crossed the one-hour mark.

In the first game faced a tough fight from the opponents and sealed the neck-to-neck game by 22-20.

The Chinese duo made a come back in the second game and claimed the set by 21-18.

In the last and final set, the world number-16 Indian pair outclassed their opponents and clinched the match after a 62-minutes long clash.

They will be 9th in the BWF World Ranking next Tuesday, 6 August 2019, which will be their career-high!

This is India's only medal in the event as earlier, Indian ace shuttlers Saina Nehwal, Parupalli Kashyap, Kidambi Srikanth, Sai Praneeth, and HS Pranoy were knocked out of the tournament.