India vs South Africa: Day 4 begins after delayed due to wet outfield 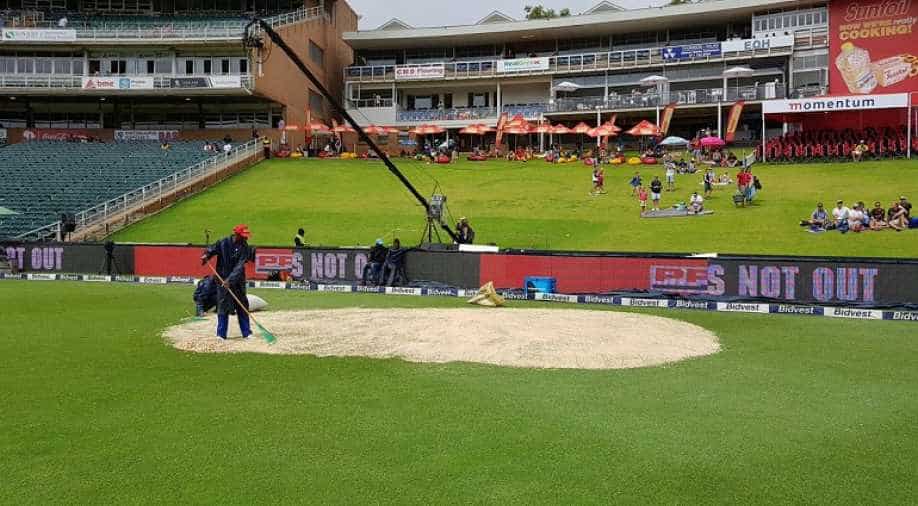 South Africa are chasing a target of 241 and will resume their day on 17-1. Photograph:( Twitter )

The fourth day's play between South Africa and India started after it was delayed due to wet outfield.

The play resumed only after an inspection by the umpires.

The sun has just about showed up but the umpires are worried about a certain patch in the ground that is damp. Next inspection by 10:30 local time #SAvIND pic.twitter.com/Tz9hXP3MpV

South Africa, who are chasing a target of 241, resumed their day on 17-1. It was Mohammed Shami who got the wicket of Aiden Markram early in the Proteas’ run chase.

Earlier on the third day, South Africa had bundled out the visitors for 247, with Virat Kohli scoring 41 runs and Ajinkya Rahane scoring 48.

Mohammed Shami and Bhuvneshwar Kumar, too, contributed 27 and 33 respectively.