Humour most important in getting through difficult situations, says James Neesham 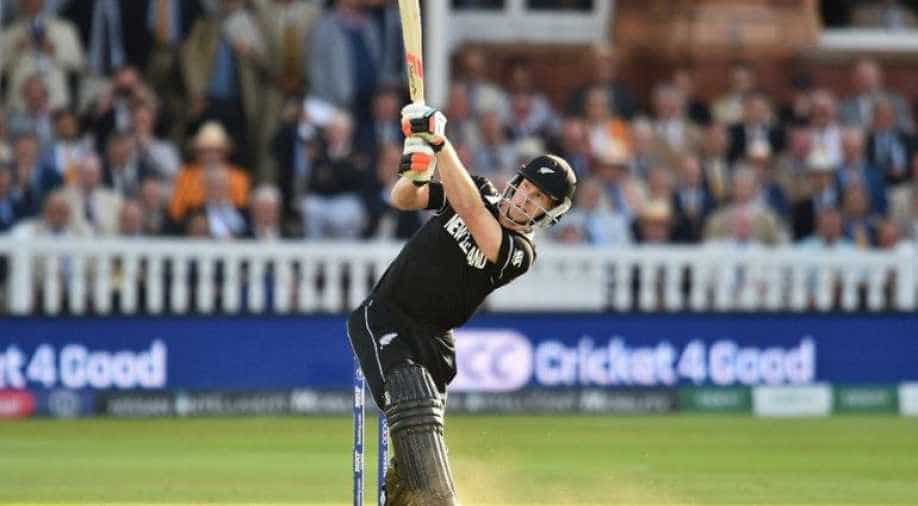 Known for his tongue-in-cheek take on life and cricket, New Zealand all-rounder Jimmy Neesham feels focussing on the funny side of things helps him cope with difficult situations like the COVID-19 pandemic currently sweeping through the world.

Known for his tongue-in-cheek take on life and cricket, New Zealand all-rounder Jimmy Neesham feels focussing on the funny side of things helps him cope with difficult situations like the COVID-19 pandemic currently sweeping through the world.

The coronavirus outbreak, which started in the Chinese city of Wuhan, has brought the entire world to a standstill. The deadly contagion has infected more than 20 lakh people while causing over one lakh deaths across the globe.

Asked about the role humour plays in handling difficulties, the Black Caps pacer, who keeps his fans entertained with witty one-liners on his social media accounts, said it is vital when the going gets tough.

"I think it's probably right out there, the most important one. The sport we play and the career I have had, there's plenty of downs and you've got to see the bright, funny side of it otherwise you'll just go into a dark hole," Neesham said on 'Inside my bubble' podcast.

"I'm certainly used to tough situations and this is another one. All things pass eventually and we should keep smiling and laughing and we'll all be in a better place and good to go once we come out the other side," he added.

Last month, New Zealand's ODI away series against Australia was called off after the first match and the visiting team was sent home owing to the fast-spreading virus.

Talking about the chain of events leading to the series being called off, the 29-year-old said he was amazed how quickly the situation changed.

"We were in Sydney for the ODI series and we joked about what was going on at the airport but the amount that it escalated to in the six-seven days was unbelievable.

"We played on Friday and on Saturday we were called for a meeting at two and by three we were on the bus to the airport. It was pretty quick and we were lucky to have reached home," Neesham said.

Before heading back home, the Black Caps played one ODI, which was held without any spectators.

It's been little over nine months since New Zealand lost the ODI World Cup to England and the heartache of that narrow defeat still hasn't subsided, said Neesham.

Neesham scored 13 of the Black Caps' 15 runs in the dramatic tied Super Over at Lord's in July but was helpless at the other end as, with two needed to win off the final ball, Martin Guptill was run out to hand England the title on a boundary count-back.

"I thought it would soften over time but it hasn't. Maybe it will get better over the next few years," he said.