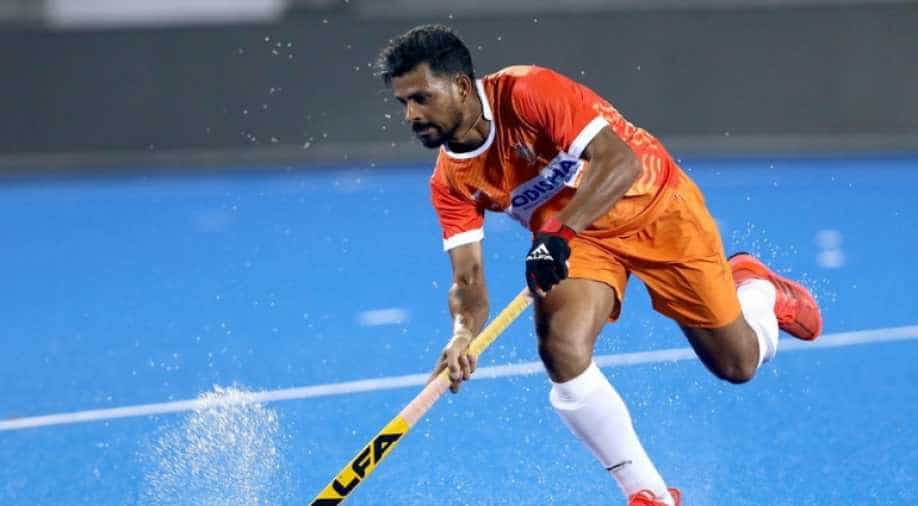 India will face Spain next in their second and last warm-up match on Sunday.

Indian hockey team geared up for the men's World Cup with a 5-0 thrashing of reigning Olympic champions Argentina in its first warm-up match here on Friday.

Harmanpreet Singh, Lalit Upadhyay, Dilpreet, Nilakanta Sharma and Hardik Singh were the scorers for the Indian team, while Argentina drew a blank.

The first and third goals were penalty corner conversions, while the rest were field goals.

"I think we played well in patches. I'm happy we scored goals, the two PC goals and the field goals. But we broke the structure and Argentina took control which is not acceptable but the boys have understood," India coach Harendra Singh said after the match.

"For any tournament, it is important to start on a good note and I should give compliment to my boys. Practice matches give you confidence. We tried couple of things and I am happy, especially the way midfielder created the opportunities. We always look for striker to get us the goal but today midfielders created the goals."

"If you see the match sheet, the players who have stepped out for the first time for the world cup they have scored and it gives them a lot of confidence because they scored against the Olympic champions," he said.

The coach said Argentina is recovering from jetlag and remains a strong team.

"I think they still haven't recovered from the long flight and we shouldn't write them off."

India will face Spain next in their second and last warm-up match on Sunday.

Not a good day for football: Jurgen Klopp reacts to CAS verdict on Man City vs UEFA case