'He tricks you' - 'chess player' Medvedev keeps opponents in check 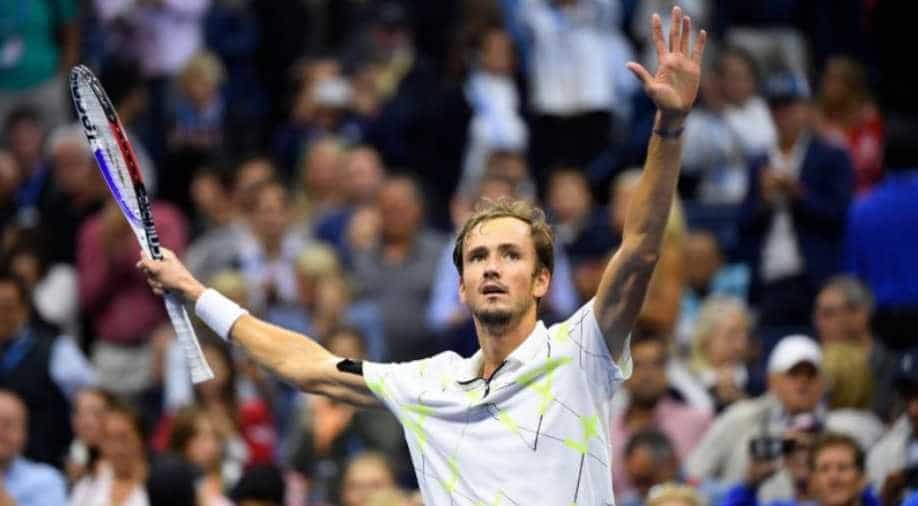 Confidence is king and Daniil Medvedev has plenty of it, with the affable Russian morphing into not just one of tennis's best players and premier athletes, but among the smartest.

Confidence is king and Daniil Medvedev has plenty of it, with the affable Russian morphing into not just one of tennis's best players and premier athletes, but among the smartest.

Standing at a lanky 6ft 6in and pencil-thin, he has emerged at the forefront of the next wave looking to smash the 'Big Three' monopoly of Novak Djokovic, Roger Federer and Rafael Nadal.

After reaching the 2019 US Open final, where he lost to Nadal, he has worked hard on his game and fitness to race through the rankings and goes into Sunday's Australian Open final against Djokovic on a 20-match win streak, demonstrating his mental and physical stamina.

Enjoying a career-high ranking of four, he has come to terms with his immense potential.

Before his rise in 2019, he could let his emotions get in the way and never shied away from admitting he did not do everything as professionally as possible.

He competed hard and did his work on the practice court, but his diet and recovery routines were not what they should be, with the 25-year-old enjoying sweets and croissants.

And if a long match went late, he would often skip the ice bath.

"I thought it was going to be the best rest, to just lay on the bed and watch some TV. And in fact, it's not," he said last year.

But Medvedev, nicknamed Bear, has changed and it has paid dividends.

During his 20-match run, he has beaten every top-10 player except Federer, who has been out injured.

When informed of this, he replied: "It's great to know this. It's a pity that Roger is not playing," suggesting he was also confident of taking his scalp.

Medvedev is an intelligent man. He excelled in physics and maths at school, graduating early and enrolling at a university in his native Moscow to study applied economics and commerce.

He opted instead to play tennis full-time, moving to the south of France, where his sister lived, to benefit from its high-quality coaching and facilities.

Fluent in Russian and English, he is also often heard conversing in French with his coach, Gilles Cervara, who has helped steer him to where he is today.

Despite leaving university early, Medvedev remains a tactical thinker, or as commentator Jim Courier put it this week: "He's a master chess player on court".

Medvedev keeps opponents guessing with his flat and low groundstrokes, while changing up the pace and angles, blending impenetrable defence with opportunistic offence.

His semi-final opponent Stefanos Tsitsipas once called Medvedev's playing style "boring" but even the Greek star has been won over.

"Let me tell you that he's a player who has unlocked pretty much everything in the game," he said after crashing to him in straighht sets.

"He tricks you. You know, he plays the game really smart. It's really interesting to see that."

While the Russian has refined his game, a key rule still applies and that is to "fight like crazy", a trait drilled him into by one of his first tennis coaches when he was still a small boy.

"Her golden rule was, 'The one who wins the match is the one who made more balls over the net', which is easy to understand," he said.