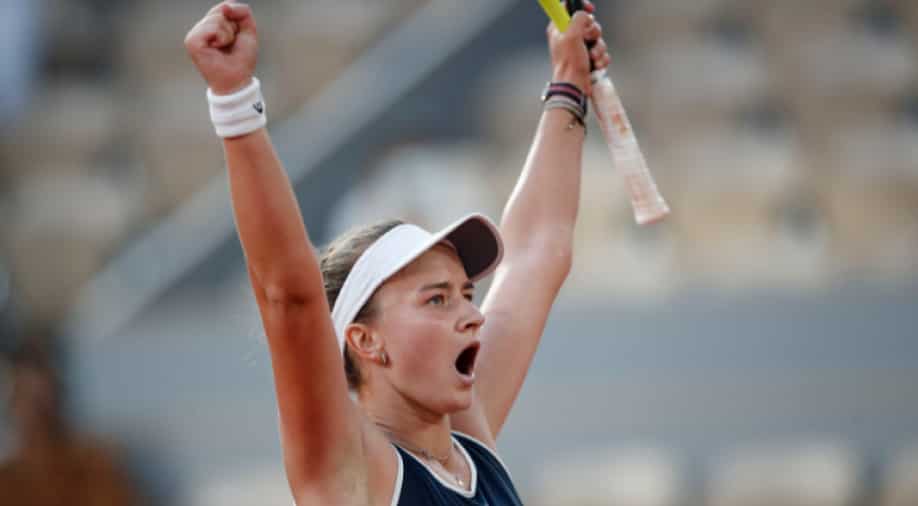 For a brief moment, an exhausted Barbora Krejcikova thought she had booked her place in the French Open final and she raised her arms in triumph.

For a brief moment, an exhausted Barbora Krejcikova thought she had booked her place in the French Open final and she raised her arms in triumph. Unfortunately for the Czech, an incorrect line call by the umpire on match point put her celebrations on ice and she quickly realized that she had to do it all over again.

At 7-8, 30-40 in the decider of her semi-final against Maria Sakkari, the Greek hit a forehand that was called long by the line judge, only for the chair umpire to check the mark and call it in.

With the contest swinging wildly from one player to another, the momentum could have tilted back Sakkari's way.

TV replays showed that the ball was actually out and Krejcikova, who is bidding to become the first Czech woman to win the title at Roland Garros since Hana Mandlikova in 1981, then saw off a game point before wrapping it up on her next, and

She could easily have lost her composure after the umpire's decision to rule the ball in, but Krejcikova barely protested.

While players at the other three Grand Slams can challenge line calls by using Hawk-Eye, with some slams relying on the system to make all line calls, Roland Garros organizers have adamantly refused to introduce the ball-tracking technology at the claycourt major.

Their argument has always been that umpires can easily spot the dent left by the balls to decide close calls. On Thursday, however, that could have cost Krejcikova a place in the final.

"No Hawk-Eye on clay, it's difficult. I mean, sometimes it's a help, sometimes it doesn't. I don't know. It's very difficult," said world number 33 Krejcikova.

"At that moment I was just like, 'Well, it's out, but what can you do?' The chair umpire, he has seen it as in. What can I do? I cannot do anything about it. I cannot call anyone, change his decision.

The 25-year-old was also at a point where she felt simply being on the court in such a match was enough and said she would have been proud of herself even if she had lost.

"It just took me some time, but I think right now it's actually the right moment. Especially mentally I think I'm just there. I really matured. I just really appreciate things a lot, especially after what I've gone through, also with this pandemic and everything."