Four for Osaka: How Naomi's Grand Slams were won 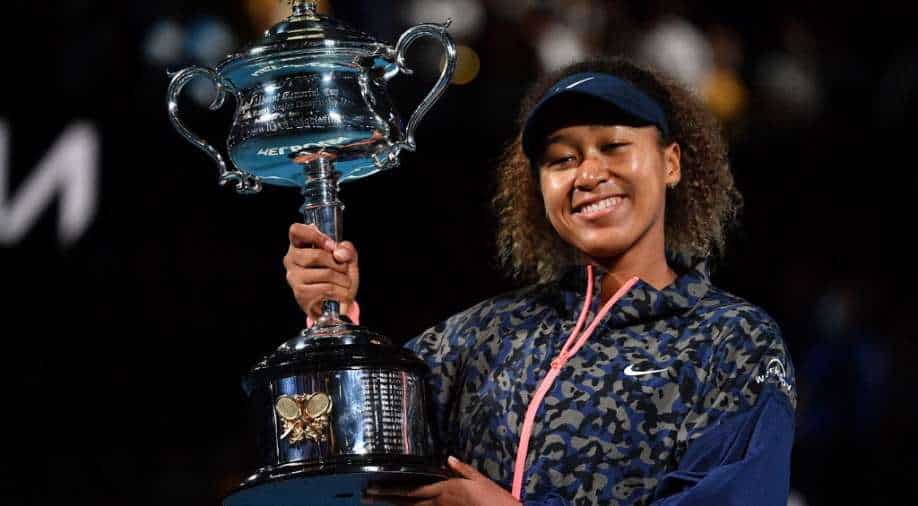 The 23-year-old became the first women's player to win her first four Grand Slam finals since Monica Seles in 1991.

Here, AFP describes how her two US Opens and two Australian Opens were won:

Osaka, 20, became the first Japanese player to win a Grand Slam singles title by beating her idol Serena Williams 6-2 6-4 in a match marred by the American calling chair umpire Carlos Ramos "a thief" after being penalised.

A composed Osaka brushed aside the drama to record just her second career title, but her triumph was soured when the American crowd booed during the trophy presentation. Osaka tried to hide her tears and was consoled by Williams.

Seeded 20th, Osaka dropped just one set during the tournament and became the youngest US Open champion since Maria Sharapova in 2006.

Osaka backed up her New York breakthrough by battling past Czech eighth seed Petra Kvitova 7-6 (7/2), 5-7, 6-4 in a gripping final at Melbourne Park.

She overcame a trio of three-set matches en route to the final, but her hard-fought triumph meant she became the first Asian, male or female, to ascend to the world's top ranking.

Osaka, who wept tears of joy after a titanic battle lasting more than two hours, became the youngest woman to win back-to-back majors since Martina Hingis in 1998 and the youngest number one since Caroline Wozniacki in 2010.

The 22-year-old came from a set down to beat Victoria Azarenka to clinch her third Grand Slam title.

The fourth seed fought back from 1-6, 0-2 behind to overcome her unseeded opponent from Belarus 1-6, 6-3, 6-3 inside an Arthur Ashe Stadium devoid of fans at Flushing Meadows.

Osaka walked on to the court wearing a mask bearing the name of Tamir Rice, a 12-year-old African-American boy who was shot dead by a white police officer in Cleveland, Ohio in 2014.

Osaka, of Japanese and Haitian heritage, won widespread praise for her support of the Black Lives Matter movement by wearing different masks each round to honour victims of racial injustice and police brutality.

Beats Brady 6-4, 6-3 in just 77 minutes to complete a remarkable Covid-interrupted 12 months and 21 matches without a defeat on court.

Osaka broke the American twice in each set, and although Brady clawed back one of the breaks each time, she was ultimately undone by the firepower of the Japanese superstar in front of thousands of fans at Rod Laver Arena.

The world's top-earning female athlete, Osaka was pushed hardest in the fourth round when she had to save two match points against Garbine Muguruza but thereafter never looked in danger.