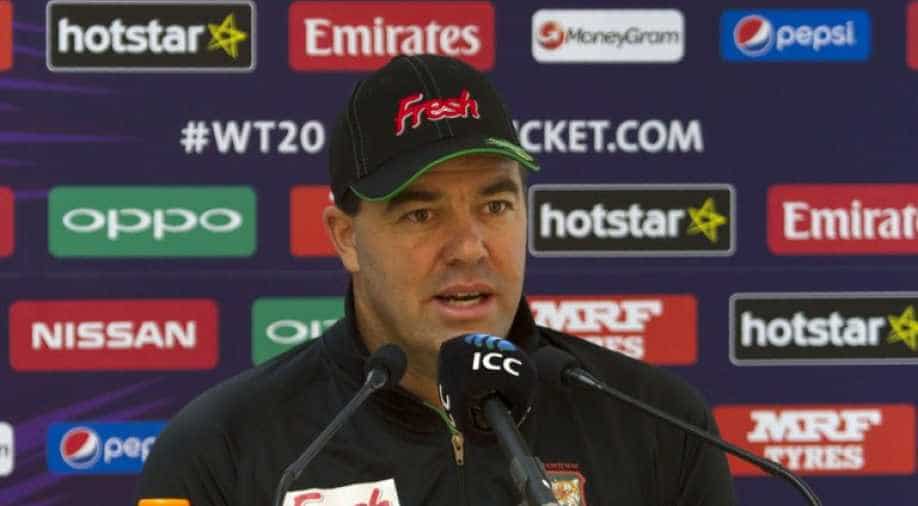 Streak has been widely praised for improving the results of the side during his 18 months in charge, and exits along with his technical team, while captain Graeme Cremer has also reportedly been axed. Photograph:( Zee News Network )

Former Zimbabwe captain Heath Streak has been banned from all forms of cricket for eight years after he accepted five charges of breaching the ICC Anti-Corruption Code. Streak was charged as a participant under the Code by virtue of his status as the coach of Zimbabwe from 2016 to 2018 and as the coach of various domestic teams

Former Zimbabwe captain Heath Streak has been banned from all cricket for eight years after he accepted five charges of breaching the ICC Anti-Corruption Code. Streak was charged as a participant under the Code by virtue of his status as the coach of Zimbabwe from 2016 to 2018 and as the coach of various domestic teams.

The charges are as follows:

2.3.2 – disclosing inside information under both the ICC Code and various domestic Codes, in circumstances where he knew or should have known that such information may be used for betting purposes. In particular, he disclosed inside information in relation to matches in the 2018 Tri-Series involving Zimbabwe, Bangladesh and Sri Lanka, the Zimbabwe v Afghanistan series in 2018, the IPL 2018 and the APL 2018.

2.3.3 – directly or indirectly soliciting, inducing, enticing, persuading, encouraging or intentionally facilitating any participant to breach the Code. In particular, he facilitated or attempted to facilitate the introduction of four different players, including a national captain, to someone he knew, or should have known, may have wanted to approach them to provide inside information for betting purposes.

2.4.2 – Failing to disclose the receipt of any gift, payment, hospitality or other benefits that the participant knew or should have known was given to them to procure a breach of the Code or that was made or given in circumstances that could bring the participant or the sport of cricket into disrepute.

2.4.4 - Failing to disclose to the ACU full details of any approaches or invitations received to engage in corrupt conduct under the Code including in relation to international matches, matches in the 2017 BPL, the 2018 Pakistan Super League, the 2018 IPL and the 2018 APL.

Article 2.4.7 – obstructing or delaying an investigation, including concealing, tampering with or destroying any documentation or other information that may be relevant to that investigation and/or that may be evidence of or may lead to the discovery of evidence of corrupt conduct under the ICC Anti-Corruption Code.

Under the provisions of the Code, Streak chose to admit the charges and agreed the sanction with the ICC in lieu of an Anti-Corruption Tribunal hearing. He will be free to resume his involvement in the game on 28 March 2029.

Alex Marshall, ICC General Manager – Integrity Unit, said: “Heath Streak is an experienced former international cricketer and national team coach, who had participated in numerous anti-corruption education sessions and was fully aware of his responsibilities under the Code.

“As a former captain and coach, he held a position of trust and owed a duty to uphold the integrity of the game. He breached the Code on several occasions, including facilitating the approach of four other players. At times, he also sought to obstruct and delay our investigation.

“The offences did not affect the outcomes of any relevant matches and Mr Streak has agreed to assist the ICC anti-corruption education programme for which we are grateful. He has also expressed his remorse and contrition and entered this agreed sanction decision to avoid the need for a full disciplinary process. The sanction reflects this cooperation.”