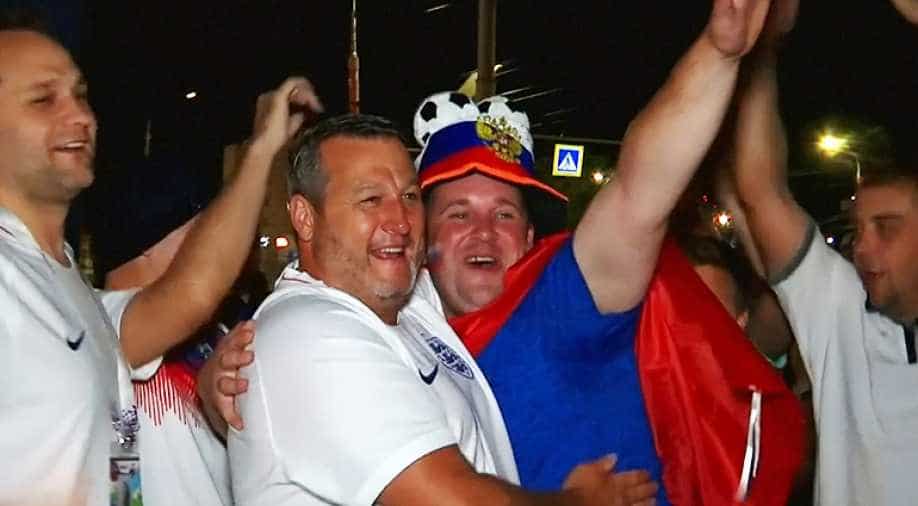 Police chiefs have urged England fans attending the World Cup not to display the flag of St George over fears it will be seen as antagonistic to their Russian hosts.

Mark Roberts of the National Police Chiefs' Council is heading to Russia with a team of fellow officers to work with their Russian counterparts to protect up to 10,000 England fans.

"I think people need to be really careful with flags. It can come across as almost imperialistic... and can cause antagonism," Roberts, the national lead for football policing, told Britain's Times newspaper.

"We really urge some caution about people putting flags out and waving them about in public.

"We would not expect people to come across to this country, get drunk and drape flags on the Cenotaph (the memorial to Britain's national war dead) so we need to extend the same courtesy when we go abroad."

After Russian hooligans attacked England fans in Marseilles in 2016, they posted photos of dozens of "captured" St George's flags, the report said.

Roberts warned fans to be particularly careful in Volgograd, formerly Stalingrad, which hosts England's opening game against Tunisia on June 18.

Tensions are high between Britain and Russia over the poisoning of former double agent Yuri Skripal and his daughter in the English city of Salisbury earlier this year. Britain has blamed Russia for the attempted murder, a charge that Moscow has strongly denied.

Give me any medicine: Suryakumar recalls how he battled fever before match-winning knock vs Australia