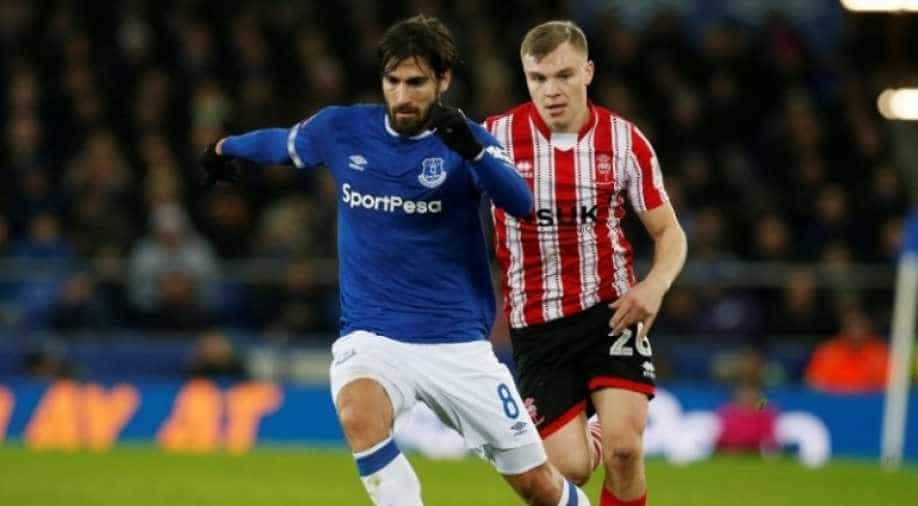 Gomes revealed his struggles to deal with criticism for his poor performances with Barca and his time at the club had 'turned into a bit of a hell' and on occasions, he did not want to leave his house

Everton have signed Andre Gomes from Barcelona, both clubs said on Tuesday, after the Portugal midfielder completed a successful loan spell at the Premier League side last season.

"Barcelona and Everton have come to an agreement for the transfer of the Portuguese footballer Andre Gomes. The amount agreed to for the transfer is 25 million euros plus add-ons," said Barca's statement.

"Barcelona would like to publicly thank Andre Gomes for his dedication and commitment, and wishes him the best of luck and success in the future," the statement read.

Gomes, 25, endured a disappointing two years at Barca following a move from Valencia in 2016 for an initial fee of 35 million euros, making only six La Liga starts in his second campaign.

He later revealed his struggles to deal with criticism for his poor performances with Barca, telling magazine Panenka his time at the club had 'turned into a bit of a hell' and on occasions, he did not want to leave his house.

"I'm really happy to sign the contract with Everton – it wasn’t hard to decide, it was an easy decision and I’m very happy to have made it,” Gomes told Everton's official television channel.

“Last year was a really good experience for me. I just wanted to feel part of something special and I found it here,'' Gomes said.

Gomes was the second player to leave Barca on Tuesday after reserve team player Marc Cardona was sold to promoted La Liga side Osasuna for 2.5 million euros.