Equality is my cause: Serena Williams puts legend Billie Jean King in her place 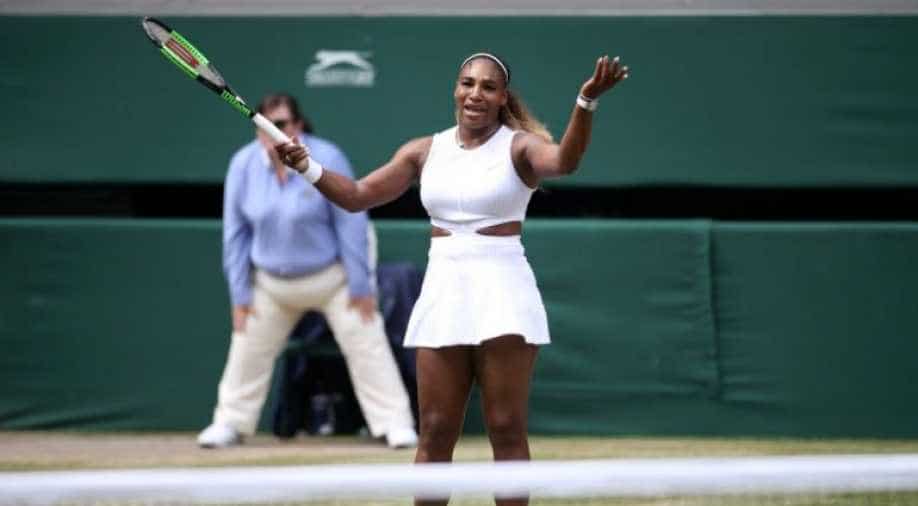 King had said that running a business, looking after a child and battling for equality for women and ethnic minorities, could largely all be dealt with by her staff while she focused on tennis for a couple of years

Serena Williams delivered a stinging rebuke to fellow tennis legend Billie Jean King who said she should focus on tennis and stop behaving like a celebrity and fighting for equality.

King -- who was no stranger to fighting for equality for women players when she was starting out -- may feel justified after Williams was played off the court in the Wimbledon final on Saturday.

She was beaten 6-2, 6-2 in less than an hour by Simona Halep, who had lost on nine of the 10 previous occasions she had played the American.

King had said that running a business, looking after a child and battling for equality for women and ethnic minorities, could largely all be dealt with by her staff while she focused on tennis for a couple of years.

The 75-year-old told the BBC earlier in the tournament that Williams should give up being a celebrity for a year: "Just stop all this insanity."

Williams, though, hit back on Saturday.

"The day I stop fighting for equality and for people that look like you and me will be the day I'm in my grave," said the 37-year-old in response to the question.

On the court, Saturday's blowout was the third time in the past year that Williams has failed to take the chance to equal Australian Margaret Court's Grand Slam titles record of 24 -- her stated goal on returning from giving birth to her daughter Olympia.

Losses to Angelique Kerber in last year's Wimbledon final and then a meltdown in the US Open final against Naomi Osaka, after which she says she went to see a therapist, were painful enough.

Nevertheless, Williams refused to accept that the record may elude her.

"I don't know," she said. "I mean, I don't really think about it. I just go out there and play, see what happens.

"That's kind of how I've been in my whole career. You know, I never thought about time in general.

Her leaden-footed and lethargic performance -- she only really got fired up in the first game of the second set yelling at the ground when she won a point --  provoked one spectator to cry out: "Wake up Serena!"

"Actually sometimes the comments help me, whether they're good or bad. It didn't bother me at all."

Williams, who had her close friend Meghan, Duchess of Sussex cheering her on from the Royal Box, said she did not know if as age advances she is getting more tense about winning another Grand Slam.

"Seems like every Grand Slam final I'm in recently has been an unbelievable effort to get there.

"It would be interesting to see how it would be under different circumstances.

"The only thing I can say is today I think my opponent played unbelievable."

However, if anyone thought that such a humbling defeat might prompt thoughts of retirement Williams had a message for them.

"I feel like I'm still incredibly competitive or else I wouldn't really be out here,"

"For the most part, I feel like I'm on the right track.

"I'm just going in the right direction in terms of getting back to where I need to be."