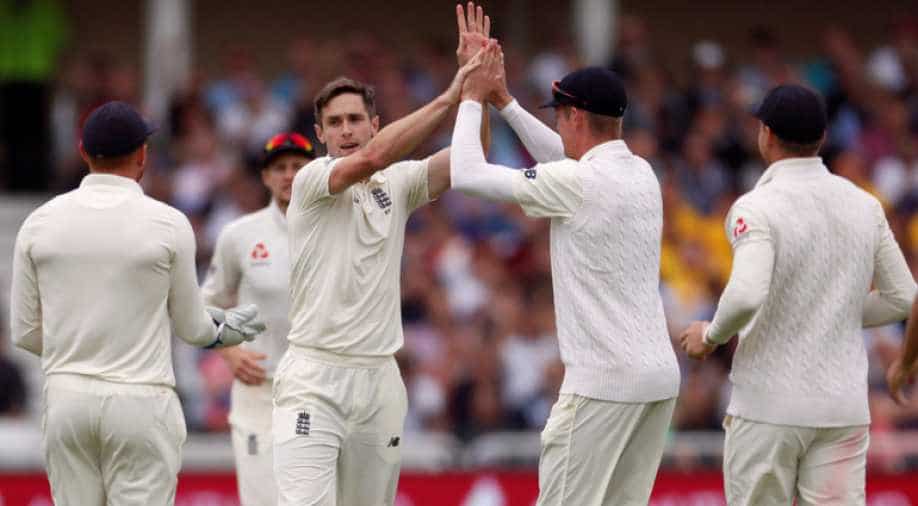 England paceman Chris Woakes is glad to be suffering the "normality" of familiar aches and pains following his first bowling net practice since the coronavirus lockdown.

England paceman Chris Woakes is glad to be suffering the "normality" of familiar aches and pains following his first bowling net practice since the coronavirus lockdown.

Warwickshire's Woakes was back at his Edgbaston home ground in Birmingham on Thursday for an hour-long stint after being chosen for an individual session.

Batsmen and wicketkeepers are due to return from June 1.

The players are seeking to build up their fitness ahead of a three-Test series at home against the West Indies, which looks set to be rescheduled for July behind closed doors.

"It's what we know, it's what we do," Woakes told a conference call on Friday. "Obviously it's the job, so it was nice to have some form of normality going back to some training."

England have selected 18 bowlers to take part in individual training sessions across seven grounds, with just a physiotherapist in attendance.

Under strict health measures they are not allowed to use changing rooms and must work with a set of balls they alone can pick up.

"It looks a lot different to what we're used to," said the 31-year-old Woakes, an allrounder and veteran of 33 Tests.

"But at the same time, with what's everyone's been through, it was quite nice to be out there and do a bit of training and get the ball back in hand," the World Cup-winner added.

"Obviously not having bowled for two months, there's a few things that are sore. The sides definitely woke up this morning knowing I'd had a bowl yesterday but it was nice to be back out there."

Despite the pandemic, the England and Wales Cricket Board (ECB ) still plan to stage a full international home season that also includes three Tests against Pakistan as well as limited-overs internationals against Australia and Ireland.

Officials from touring teams have made optimistic remarks about wanting to come to England, subject to health advice, and Woakes said: "First and foremost we just hope there's going to be some form of cricket.

"Obviously it's going to look different, with it being behind closed doors."

"We've all seen the projections, that the ECB and the game in general could be in a bit of trouble if we weren't to play any cricket this summer," said Woakes.

"I think for everyone it'll be a bit of a boost, and obviously it'll be a boost for the game."