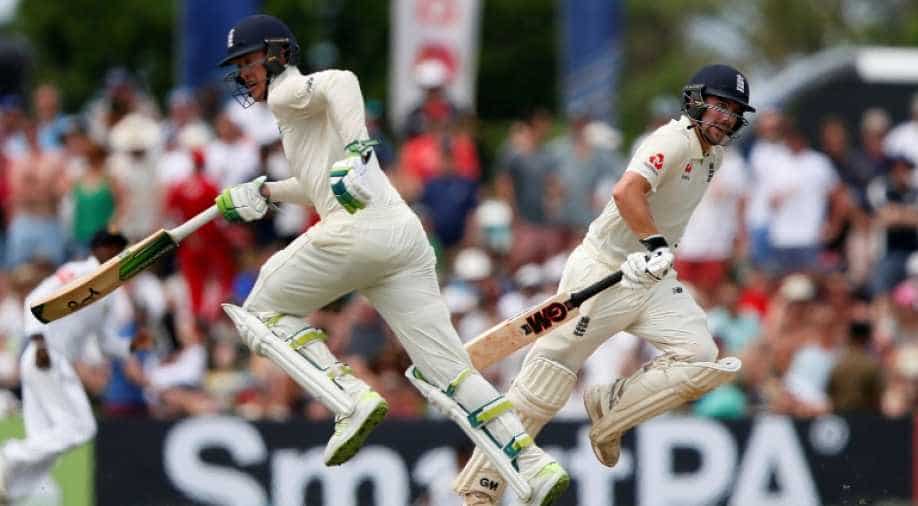 Sri Lanka were on 15 for no loss, 447 behind and staring at a crushing defeat inside four days in spinner Rangana Herath's farewell Test.

Opener Keaton Jennings ended his two-year wait for a second Test century with a career-best 146 not out as England inched towards a comprehensive victory in the opening Test against Sri Lanka on Thursday.

The hosts ended day three on 15 for no loss, 447 behind and staring at a crushing defeat inside four days in spinner Rangana Herath's farewell Test.

Openers Dimuth Karunaratne (seven) and Kaushal Silva (eight) survived seven overs but Sri Lanka will need a near miracle to save the Test.

Earlier, the tourists resumed on 38-0 and their openers consolidated their position until they suffered a mini-collapse.

Debutant Rory Burns's (23) foolhardy pursuit of a non-existent single culminated in his run-out and Moeen Ali could not justify his promotion to number three for the second time in the match, following up his first-innings golden duck with three.

England captain Joe Root (three) also had a deja vu moment when Herath dismissed him for the second time in the match.

Jennings, however, looked confident against the spinners, often playing the sweep shot -- both traditional and reverse -- to negate them.

Ben Stokes, Jennings' partner in their 107-run fourth-wicket partnership, shrugged off his early tentativeness to clobber three sixes in his 62 before Dilruwan Perara spun one past his bat to hit the top of the off-stump with a beautiful delivery.

Jennings, who hit a hundred in his debut Test against India in 2016, took a single off Dhananjaya de Silva to end his century drought.

The 26-year-old pumped air while running before taking his helmet off and raising his bat in celebration.

The left-hander's patient 280-ball knock included nine fours as he demonstrated to his team mates how to play spin in the sub-continent.

Jos Buttler made 35 and England's first-innings hero Ben Foakes contributed 37 before Root decided to give his bowler a go at the Sri Lankan openers in fading light.

Herath claimed three wickets in his 93rd and final Test at the same venue where the 40-year-old left-arm spinner made his debut against Australia in 1999.