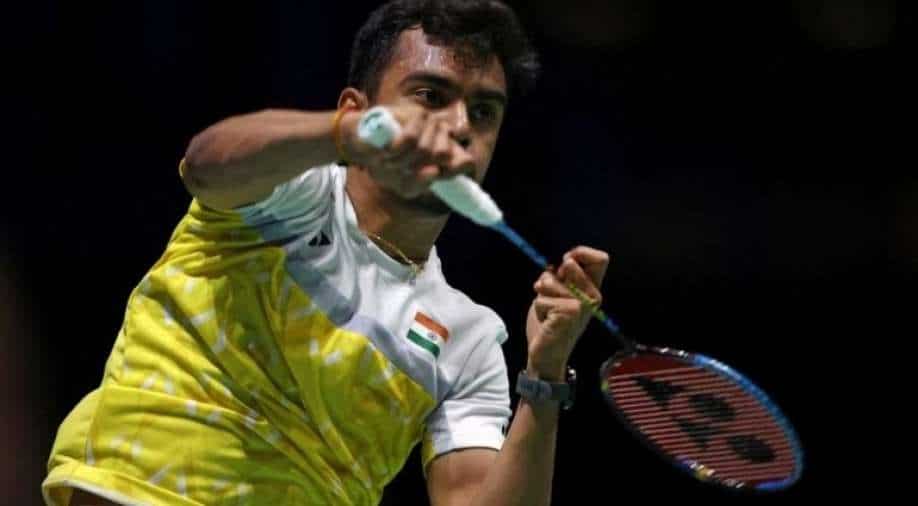 India's Sameer Verma notched up a stunning straight-game win over world no.3 Anders Antonsen to storm into the quarterfinals but it was curtains for Lakshya Sen at the Denmark Open Super 1000 badminton tournament here.

World No 28 Sameer, who had qualified for the World Tour Finals in 2018 after winning three titles, produced a sensational performance to outwit local hero Antonsen 21-14 21-18 in a 50-minute men's singles battle on Thursday.

The 27-year-old from Madhya Pradesh will lock horns with 33-year-old Tommy Sugiarto, a bronze winner at the 2014 World Championships.

However, it proved to be too daunting a task for Lakhsya to match Olympic champion Viktor Axelsen as he thrashed the Indian 21-15 21-7 in a lop-sided second-round contest.

Coming into the match with a dismal 1-5 head-to-head count, Sameer showed great athleticism and tactical acumen to down Antonsen, a silver medallist at the 2019 World Championships.

Sameer opened a 2-0 lead before increasing it to 11-6 at the break.

The Indian kept his nose ahead, crushing all attempts by the Danish player to make a comeback. He comfortably sealed the opening game with three straight points.

The second game was slightly tighter but Sameer ensured that he held on to his two-point lead throughout after being 5-3 up early on.

Sameer entered the interval at 11-8 and didn't allow Anderson to make any comeback.

She will take on fifth-seeded Korean AN Seyoung in the quarters.