Daniil Medvedev fined $9,000 by the US Open for gesture, actions 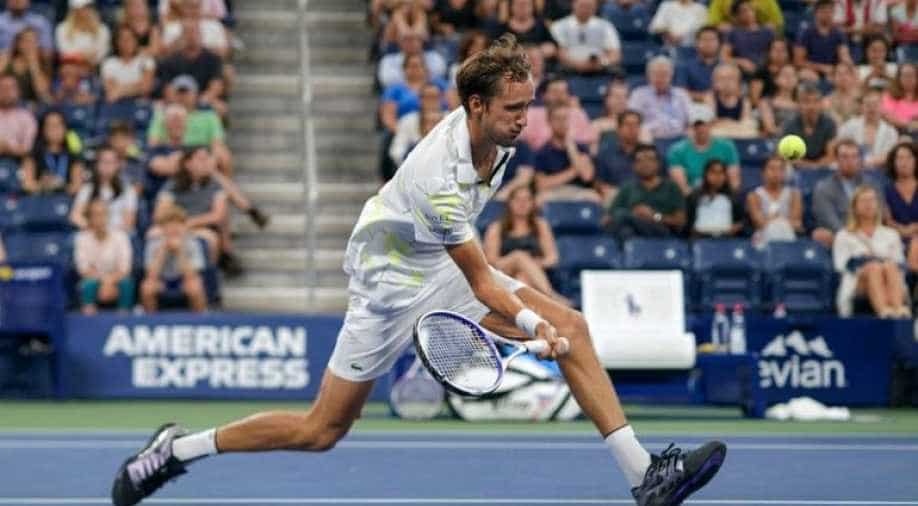 Russian fifth seed Daniil Medvedev was fined $9,000 on Saturday by the US Open after his unsportsmanlike remarks and obscene gesture in a Friday night triumph.

Medvedev defeated Spain's Feliciano Lopez to reach the fourth round of the year's last Grand Slam tournament at Flushing Meadows.

He was issued a code violation early in the match for tossing a towel.

As he later walked to his chair, Medvedev lifted his middle finger to the side of his head away from the view of the chair umpire but not from stadium cameras, which showed the image on the stadium video screen.

While he was not issued a violation, the umpire only having seen the image on replay, Medvedev drew boos from the crowd the remainder of the night.

He later said the hostile atmosphere inspired him to victory.

Medvedev was fined $5,000 for unsportsmanlike conduct and $4,000 for his obscene gesture.

"It was tough. I was in the heat of the moment and started losing the momentum. I don't really remember but I paid for it the whole match after," Medvedev said after the match.

It marked the third consecutive match with a fine for Medvedev, who was docked $7,500 from his first match and $2,500 from his second.

Even after subtracting $19,000 in fines, Medvedev will still pocket at least $261,000 in prize money by reaching the last 16 on the New York hardcourts.

Medvedev said he apologized to Lopez and his coach after the match, insisting his meltdown was in no way related to his opponent.

Asked whether the New York crowd would forgive him before his next match Sunday against German qualifier Dominik Koepfer, Medvedev replied he wasn't sure.

"What I can say is that I'm working on myself and hopefully I will be better next time," he said.