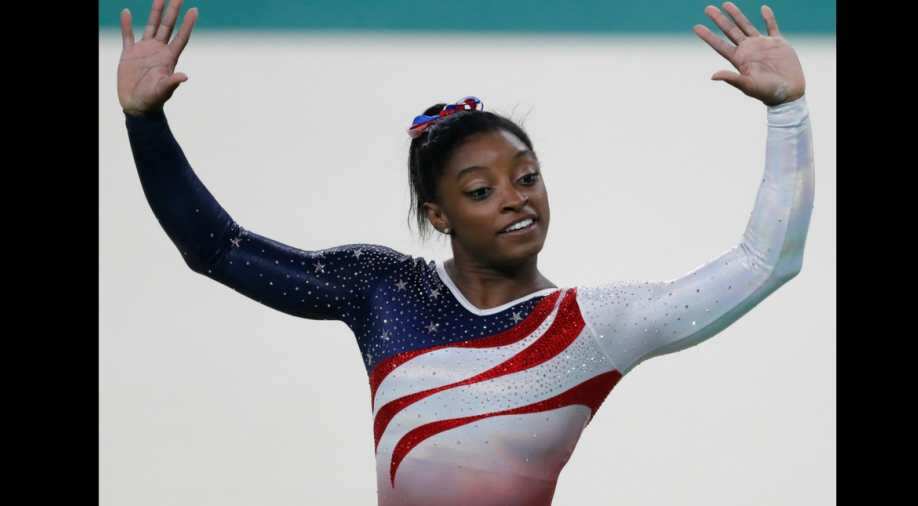 Tevin Biles-Thomas was charged with murder, voluntary manslaughter, felonious assault and perjury, according to a statement from police in Cleveland, Ohio, where the shooting happened

The brother of champion US gymnast Simone Biles has been arrested and charged in connection with a New Year's Eve shooting that left three people dead.

Tevin Biles-Thomas, 24, was charged Thursday with murder, voluntary manslaughter, felonious assault and perjury, according to a statement from police in Cleveland, Ohio, where the shooting happened.

Shortly before midnight on December 31 of last year, a group of young men tried to enter an apartment where a party was being held. Guns were fired and three people were killed while two others were wounded, according to press reports.

Biles' brother is on active duty with the US Army, reports said. He is the only person charged in the shooting.

Simone Biles, 22, a four-time Olympic gold medalist, spent the first years of her life with foster families as her mother struggled with substance abuse. She was eventually adopted along with her younger sister by their maternal grandfather.

In January 2018, she disclosed that she was among the victims of Larry Nassar, the former doctor of the women's Olympic gymnastics team who was convicted of sexually abusing hundreds of girls and women over the course of 20 years.

Biles did not comment directly on her brother's case but tweeted, "eating my feelings don't talk to me."