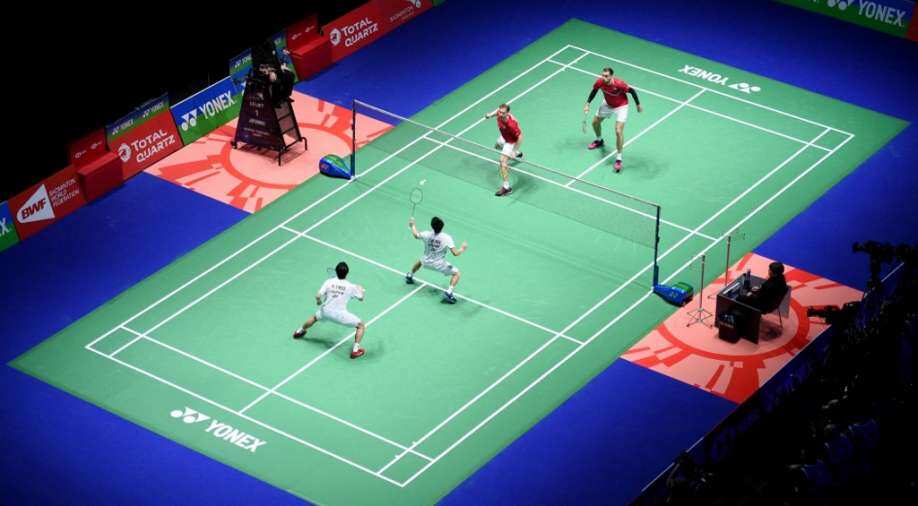 The start of badminton's prestigious All England Open Championships was delayed for several hours after a number of positive and "inconclusive" Covid-19 test results, officials said.

The start of badminton's prestigious All England Open Championships was delayed for several hours after a number of positive and "inconclusive" Covid-19 test results, officials said.

The Super 1000 tournament, featuring the return to the circuit of Japan's world number one Kento Momota after he was injured in a fatal car crash last year, will start at 2pm (1400 GMT) on Wednesday rather than 9am.

"The Badminton World Federation and Badminton England can confirm that a significant number of Covid-19 tests conducted for participating teams at the All England Championships were deemed 'inconclusive' and as a result, the samples will be rerun," said a BWF statement.

"BWF can also confirm a small number of positive tests were recorded and in agreement with Public Health England, these cases will be retested. These cases will continue to self-isolate while they are being retested."

Officials said they would "continue to implement all testing protocols required by the UK Government and Public Health England to ensure the health and safety of all participants".

The All England Open was the final event on the BWF calendar to be played last year before the sport shut down because of the coronavirus pandemic.

International competition resumed in Denmark in October, but was suspended again until January when three tournaments, including the World Tour Finals, were staged in a biosecure "bubble" in Thailand.

World champion Momota will be playing his first international tournament since fracturing his eye socket in the crash that killed his driver following victory in the Malaysia Masters in January 2020.

The 26-year-old is facing a battle to regain form and fitness ahead of this year's rescheduled Tokyo Olympics after being off the tour for more than a year.

He missed out on a comeback in Thailand after testing positive for Covid-19, which led to the Japan squad pulling out of the Bangkok events.

With the event not counting towards Olympic qualification, players from China, South Korea and Taiwan had already opted not to travel because of virus restrictions, while women's Olympic champion Carolina Marin of Spain has withdrawn because of an injury.