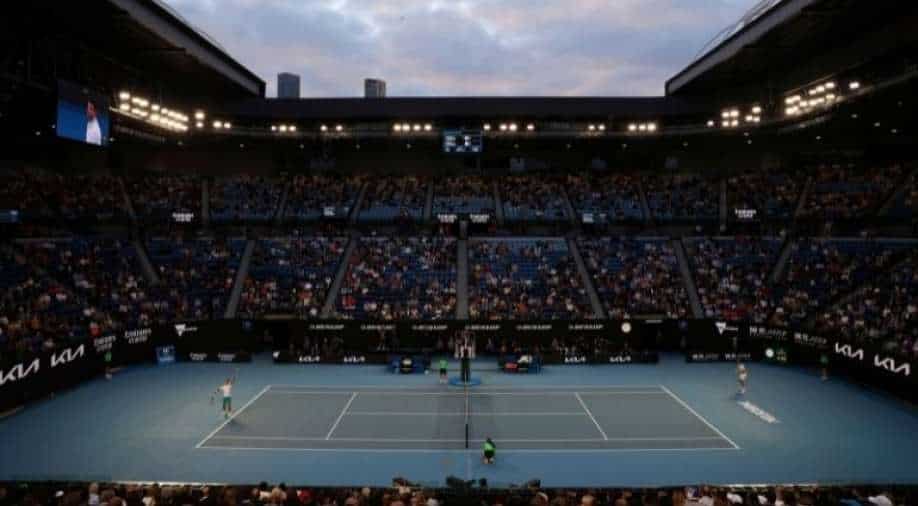 Australian Open 2022 to be held from January 17 Photograph:( Reuters )

Tennis Australia announced its "Summer of Tennis" on Thursday, which would include a host of events across several states in the lead-up to the Australian Open 2022.

Ahead of the tournament, beginning officially on January 17, a total of 17 events will be held in the states of New South Wales (NSW), South Australia, and Victoria.

Get set for a MASSIVE summer of tennis.

Among the warm-up tournaments announced was the ATP Cup, which was confirmed to be hosted by Sydney from January 1-9.

"There is no better place to kick off the season than in Australia and we look forward to seeing the fans out in force in January," said ATP Chairman Andrea Gaudenzi.

Other headline events include the Victorian Wheelchair open from January 8-12, and the Adelaide International women`s events beginning January 2.

Tennis Australia CEO Craig Tiley said the line-up was designed to create numerous competition opportunities for some of the best players in the world.

"It`s incredibly important to have the world`s best players competing across the country, inspiring the next generation of players and growing interest and excitement in our sport," he said.

The series of events is set to be one of Australia`s largest international events since it closed its borders due to the pandemic and would be a boon for crippled local economies.

Tiley said the pandemic has created a "massive challenge" for the event: "It`s why we waited as long as possible to secure optimal conditions for the players and fans in as many locations as we could."

Tennis Australia has previously announced that unvaccinated players would not be permitted to compete in the 2022 Australian Open.