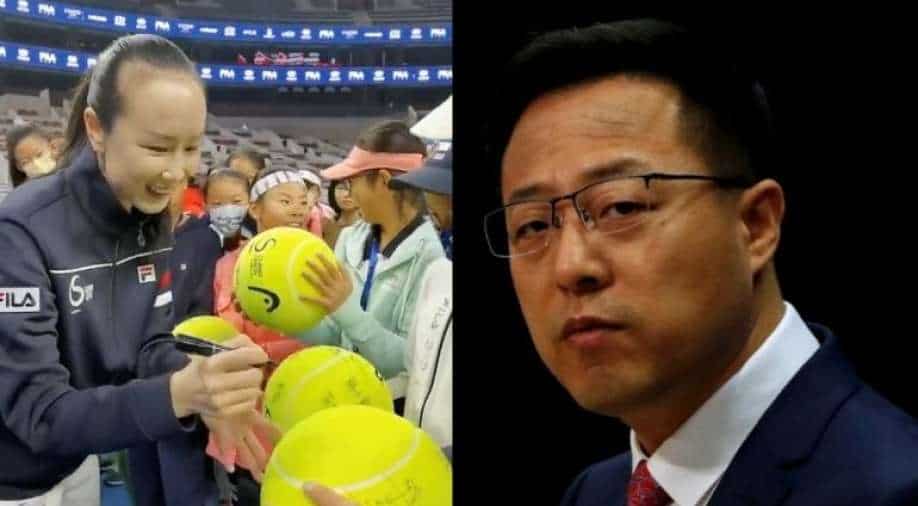 On Sunday, Peng participated in a 30-minute video chat with the head of the International Olympic Committee.

China stated on Tuesday that the controversy surrounding Peng Shuai was being "maliciously" overblown, following the Chinese tennis star's sexual assault allegations against one of the country's most influential leaders Zhang Gaoli.

Peng, a doubles winner at Wimbledon and the French Open, went missing for more than two weeks after accusing a former vice-premier of sexual assault.

Players ranging from Naomi Osaka to Serena Williams to Novak Djokovic had expressed concerns over Peng Shuai's location. Even photographs and videos from Chinese media couldn't quell the increasing worry.

The 35-year-old resurfaced in public for the first time this weekend, when she was observed attending a tennis event in Beijing.

"I think some people should stop deliberately and maliciously hyping up, let alone politicise this issue," foreign ministry spokesperson Zhao Lijian said in answer to a query about how the case harmed China's international image.

The remark was the Chinese government's most direct response to Peng's case. Until Tuesday, Beijing has frequently dismissed queries about her whereabouts and well-being, claiming that they were "not a diplomatic issue"

Evidence supporting her assertions has also been removed from China's heavily restricted internet. The International Tennis Federation (ITF), the United Nations Office for Human Rights, and others have expressed worry over the whereabouts of the doubles tennis star and have asked for an inquiry into her accusations of sexual assault.

On Sunday, Peng participated in a 30-minute video chat with the head of the International Olympic Committee.

However, human rights organisations and athletic authorities throughout the world have expressed worry about Peng's well-being and if authorities would act on her complaints.

"This video does not change our call for a full, fair and transparent investigation, without censorship, into her allegation of sexual assault, which is the issue that gave rise to our initial concern," the Women's Tennis Association stated.

The Women's Tennis Association is prepared to take its events from China if they are not happy with the response to the sexual assault claim made by former doubles world number one Peng Shuai, according to WTA CEO Steve Simon.