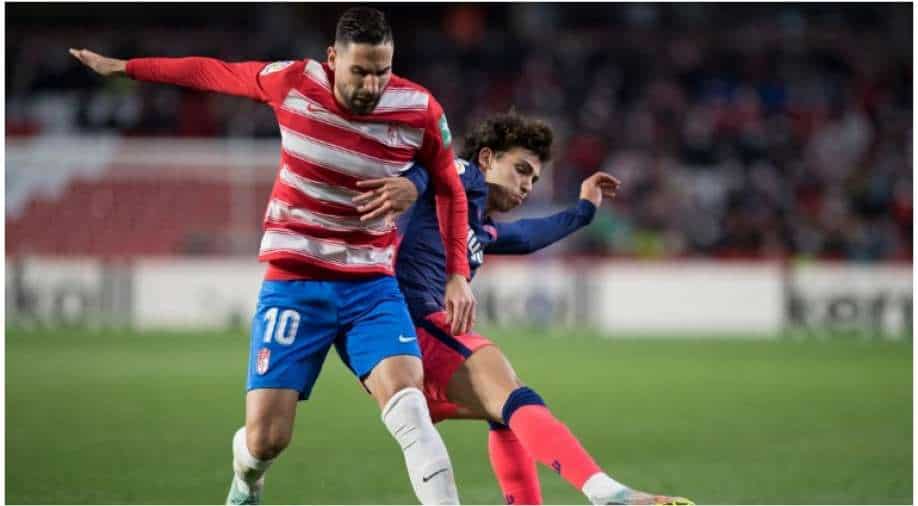 The Catalan giants were reduced to 10 players when Gavi was sent off in the 79th minute for fouling Alex Collado.

A stunning late goal by Antonio Puertas gave Granada a shock 1-1 draw against Barcelona in LaLiga on Saturday. Striker Luuk de Jong`s second-half header, following a perfect cross from Dani Alves, gave Barca the lead but Puertas pulled the home side level with his 89th-minute goal.

The Catalan giants were reduced to 10 players when Gavi was sent off in the 79th minute for fouling Alex Collado. "It all got very complicated after the red card," Barca midfielder Sergio Busquets told reporters. "We managed the game well in the second half, especially after the goal, but we were too anxious. After Gavi was sent off it was difficult for us to control the ball."

Barcelona are sixth in the standings with 32 points from 20 games, 14 points behind leaders Real Madrid. Granada, who are unbeaten in LaLiga since late November, are 12th with 24 points.

De Jong and goalkeeper Marc-Andre ter Stegen, two of the most criticised Barca players in the first half of the season, were the bright spots for the Catalans for the second consecutive league match.

The Dutch forward, who had a goal disallowed by the video referee for a close offside, almost scored minutes later with a bicycle kick for the second week in a row, while Ter Stegen made a marvellous one-handed save of a powerful, low shot from Granada’s Darwin Machis.

Alves, making his first league appearance following his return to Barca after six years, helped the team with an assist and two crucial defensive clearances.

The 38-year-old right back, who played in the 2-1 win at Linares in the Copa del Rey on Wednesday, became the oldest player to feature for Barcelona in a league match, surpassing Jose Manuel Pinto by 57 days.

Barca dominated most of the game but Granada redoubled their efforts when teenager Gavi was sent off after collecting a second yellow card.

Granada pressed until Puertas was in the right place at the right time to strike, sending a left-footed shot into Ter Stegen`s top left corner.