Alexander Zverev wins another three-setter to reach Miami fourth round 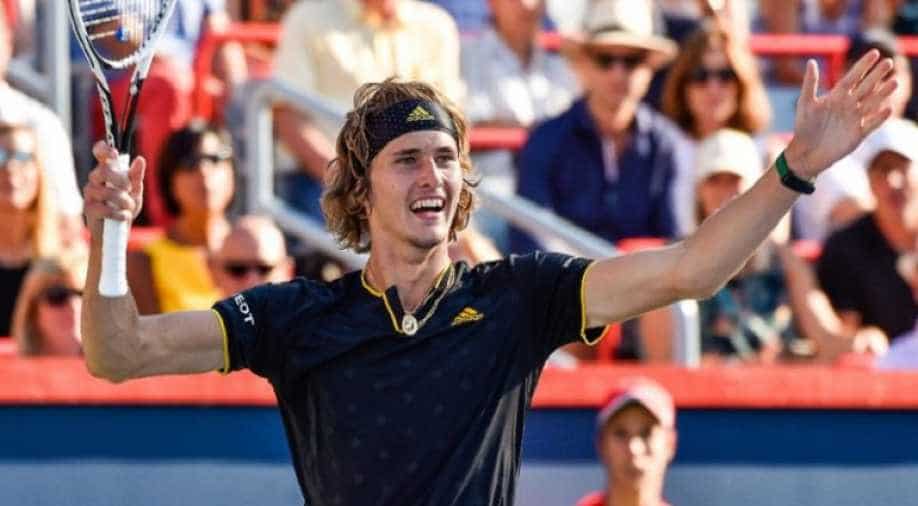 Zverev recovered from a rusty opening set to break Ferrer’s service three times in the second set and twice more in the decisive stanza. Photograph:( AFP )

Alexander Zverev rallied from a one set deficit to defeat Spain’s David Ferrer 2-6 6-2 6-4 in the third round of the Miami Open on Monday as he moved a step closer to a breakthrough title this year.

The 20-year-old German is yet to recapture the form that earned him five singles titles, including two Masters events, in 2017 but he has displayed guile in prevailing in a pair of three-set matches in Miami.

Zverev, ranked fifth in the world, recovered from a rusty opening set to break Ferrer’s service three times in the second set and twice more in the decisive stanza.

He will next face Australian Nick Kyrgios, who advanced with a 6-3 6-3 win over Fabio Fognini.

In earlier action, Fernando Verdasco dug deep to earn a 3-6 6-4 7-6(4) win over Australian qualifier Thanasi Kokkinakis to set up a fourth round clash against fellow Spaniard Pablo Carreno Busta.

The 34-year-old fired down 13 aces to beat Kokkinakis, who had been full of confidence after stunning world number one and defending champion Roger Federer in the second round.

Verdasco, who reached the Miami quarter-finals in 2009 and 2010, rallied from a 3-1 deficit in the third set and again from 3-0 down in the decisive tiebreaker before prevailing in a match that lasted nearly three hours.

He then got involved in a Twitter spat with Kyrgios, who had expressed his desire for the Spaniard to lose his third round match.

Next up for Verdasco is Carreno Busta, who beat American Steve Johnson 6-4 6-4 to reach the fourth round for the first time. "It`s never easy," Carreno Busta, the 16th seed, said after his 78-minute match.

"And this is the first time that I`ve played on this court. But I feel really comfortable and I`m playing good. When you play with confidence it`s easier."