Violence and intimidation against journalists in Afghanistan on the rise 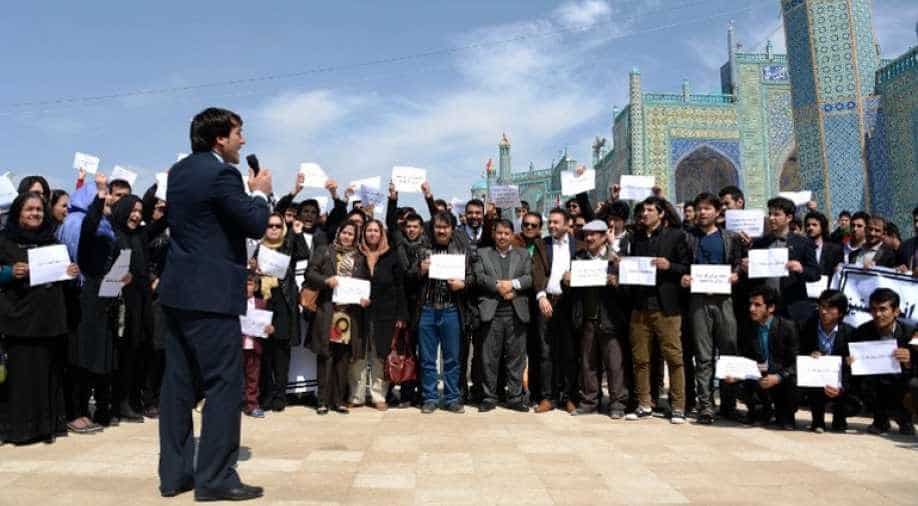 A small group of activist and journalists gather in front of the Blue Mosque to denounce violence against journalists. Photograph:( AFP )

Follow Us
Violence and intimidation against journalists in Afghanistan has spiked sharply this month, with much of it coming from government security forces, the main journalists' right groups said on Tuesday.

In addition to the deaths of two journalists working for the US National Public Radio, who were killed in the southern province of Helmand, numerous cases of beating and intimidation were reported to the Kabul Press Club and Afghan Independent Journalist Association (AIJA).

Twenty-two cases were reported in June, around double the monthly level seen in past years, with 15 carried out by security forces, four by the Taliban and another three by unnamed armed groups, Rahimullah Samander, the head of AIJA, told a press conference.

"We ask government departments, armed groups and those who are involved in the fighting to pave the way for reporters to do their jobs properly," Samander said.

But the jump in cases of mistreatment underscores the sometimes precarious situation facing media workers in Afghanistan, not just from the Taliban but also from security forces.

"In some cases, government employees, specially low-ranking police officers, do not understand how to behave with reporters," Samander said.

Violence against journalists was recorded in Kabul, as well as the provinces of Zabul in the south, Daikundi in the centre and Logar in the east.

NPR photojournalist David Gilkey and his Afghan colleague Zabihullah Tamanna were killed in a Taliban ambush this month in southern Helmand province and two days later a radio station was blown up by the Taliban in eastern Nangarhar.

Freedom of speech has been seen as a key achievement of the Western-backed governments in Kabul over recent years.