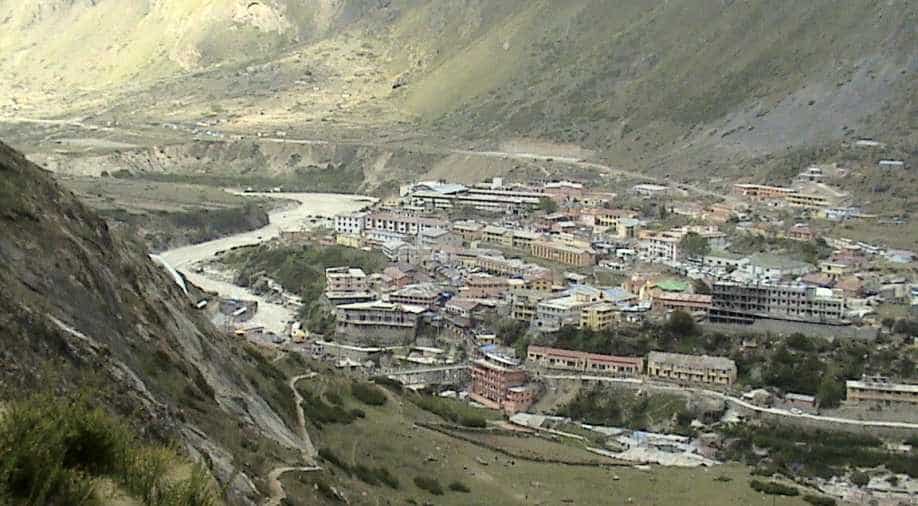 An alert policeman helped prevent an accident that could have left hundreds of pilgrims injured in the north Indian state of Uttarakhand that experienced a massive landslide in Vishnuprayag on Friday.

The constable, posted along a mountain road, leading to the popular Hindu shrine, Badrinath, "spotted small rocks rolling down the Hathi Parvat", an area extremely prone to landslides.

He informed his seniors at the district headquarters in Chamoli who immediately deployed extra personnel to keep a watch over the area. Two hours after the policeman raised alarm a big chunk of the hilltop collapsed at 2 pm.

“At first, we helped people pass the stretch. But soon, more rocks started to fall and we immediately stopped movement,” said Tripti Bhatt, the superintendent of police, Chamoli, an Indian media outlet reported.

For now, the Indian authorities have halted the annual pilgrimage to four holy Himalayan shrines of Hinduism - Badrinath, Kedarnath, Gangotri and Yamunotri – for now.

More than 10,000 were believed to have died in the 2013 flash floods and the resultant landslides that swept through the Kedarnath Valley after a cloud burst. Officially, however, the number was fixed at 5,000 as many bodies were lost in the deluge.

“While about 11,000 pilgrims have been stationed at Badrinath shrine area that has the capacity to accommodate 80,000 pilgrims, nearly 1200 were taken to safe places at Govindghat area and 450 pilgrims. Those coming back were stopped at Pandukeshwar,” Bhatt told an Indian daily.

State chief minister Trivendra S Rawat said the affected road would be reopened by Saturday. Disaster relief force personnel, police and the Border Roads Organisation have all been pressed into service, he said.

“...There were no unfortunate incidents, 1,800 tourists (against reported 15K) were affected & arrangements were made for them (sic),” Rawat posted on Twitter.