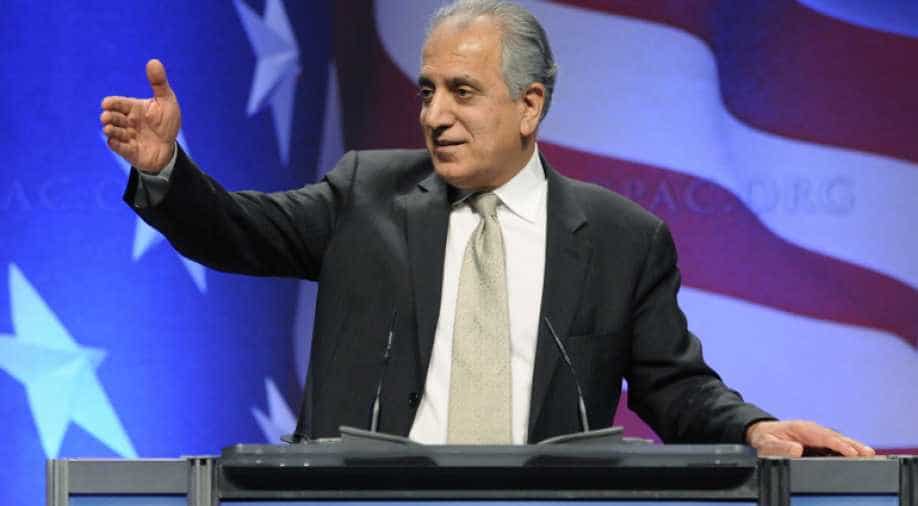 Special Representative for Afghanistan Reconciliation Zalmay Khalilzad has sought Pakistan's support for reducing violence in Afghanistan and accelerate the intra-Afghan dialogue, the US Embassy here said on Saturday.

During the discussion, he also asked for help to secure the release of American navy veteran-turned contractor Mark Frerichs, who went missing in Afghanistan.

The embassy said Khalilzad discussed the ongoing efforts by the US to advance the Afghan peace process.

He "sought Pakistan's support in pressing for a reduction in violence, the immediate start of intra-Afghan negotiations, and assistance in helping obtain the freedom of American Mark Frerichs", it said.

The embassy noted that Pakistan's military leaders reaffirmed their support for the US efforts.

Earlier, the Pakistan Army in a statement on Friday said during the meeting between Khalilzad and General Bajwa, issues of mutual interest and overall regional security situation, including Afghan reconciliation process, were discussed.

Khalilzad appreciated Pakistan's continuous efforts for peace and stability in the region, according to the Army statement.

The US and Taliban representatives signed a historic peace deal on February 29 in Doha and since then efforts were being made to start the intra-Afghan dialogue.