UP elections: Akhilesh & Rahul to fight on 'insider vs outsider' card 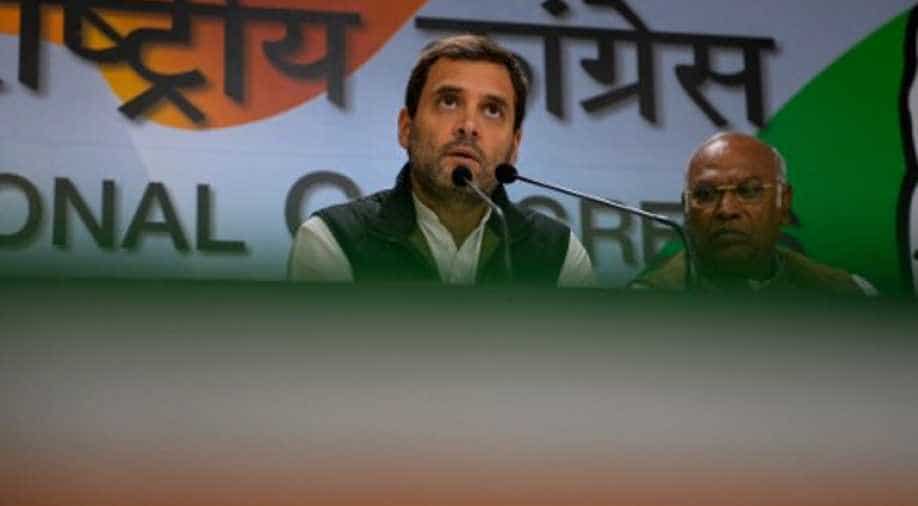 The source also indicated that Priyanka Gandhi?s role in Uttar Pradesh campaign will remain limited to Raebareli and Amethi and that too will remain low profile in nature. Photograph:( AFP )

The Congress party in the Indian state of Uttar Pradesh is toying with the idea of using "insider vs outsider" idiom in the upcoming assembly elections. A highly placed source in the campaign team confirmed to WION that Congress would like to portray Akhilesh Yadav and Rahul Gandhi as local boys against Narendra Modi as an outsider.

“We have not formalised the proposal but it is one idea we would like to play with,” the source said. The reason why Congress has zeroed in on this idea is because the BJP has not declared a chief ministerial candidate for the Uttar Pradesh assembly elections and would be banking on the charisma of Narendra Modi.

The source also said that since it is an assembly election Akhilesh and Rahul can easily be portrayed as local boys and the prime minister as a rank outsider since the chief minister's face is the one that stays back in the state once the election is over.

The idea also stands an equally good chance of running in hot water as Modi as a national campaigner is still the most powerful face in the country. Narendra Modi also happens to be a sitting member of parliament (MP) from Varanasi in Uttar Pradesh.

By calling him an outsider, Modi can also get to play on an emotional pitch that flimsy issues are being used to personally target him and lastly even Gandhis migrated from Kashmir and settled in Allahabad which embraced them as their own.

Finally, the idea that the prime minister who has the national mandate be called an outsider in itself looks weak when it was under his leadership that the BJP won 71 seats in Uttar Pradesh in the general elections in 2014.

Many would say that this goes with Prashant Kishore’s style which relies on powerful hashtags focused on a face rather than party issues. Even in this case Prashant Kishore will campaign focusing on the face rather than manifesto promises. From "chai par charcha", and "Bihar mein bahar ho, Nitish Kumar ho" to "Coffee with Captain" and now "Rawat sang dawat", all have been produced by Kishore’s team.

The sources also indicated that Priyanka Gandhi’s role in UP campaign will remain very limited and focus will only be on the campaign of Akhilesh Yadav and Rahul Gandhi. The source also confirmed to WION that Priyanka’s campaign will be limited to Rai Barelli and Amethi and that too will remain low profile in nature. Sources said that SP-Congress campaign would have more local flavour than national.