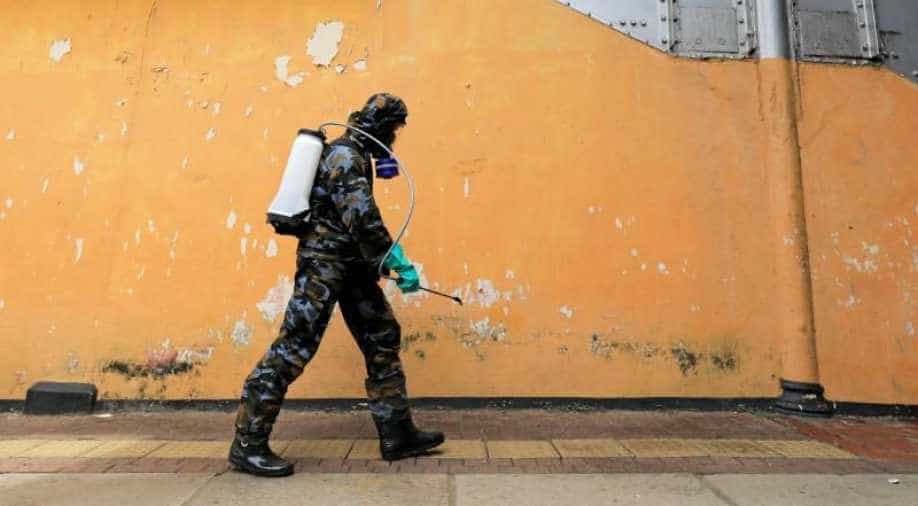 The two-page guidelines were issued through a special gazette notification on Friday night, stating that election rallies must be limited to 300 people, which could be expanded to allow 500 people for events attended by party leaders.

The Sri Lankan government has issued strict health guidelines for the campaigning for the August 5 parliamentary elections, days after the country's top poll body said it would be "extremely difficult" to conduct the polls as political leaders were defying safety measures to contain the spread of the COVID-19.

The two-page guidelines were issued through a special gazette notification on Friday night, stating that election rallies must be limited to 300 people, which could be expanded to allow 500 people for events attended by party leaders.

According to the guidelines, organisers of political rallies must inform the health authorities 24 hours in advance and meeting arrangements should facilitate washing of hands and maintaining one metre distance. All are required to wear face masks at all times.

The gazette notification came days after the election commission urged the government to legalise the health guidelines, saying that the political leaders were not adhering to the health measures while campaigning, jeopardising the lives of the people attending the campaign.

"It will be extremely difficult to conduct the election unless the legal effect is given to the health guidelines," Mahinda Deshapriya, the chief of Sri Lanka's Election Commission, said on Wednesday.

The guidelines for conducting the elections were announced on June 2 but they were not been legalised through a gazette notification.

However, sources in the opposition accused the ruling party of watering down the guidelines to make way for a more relaxed campaigning despite a spike in the cases.

Campaigning for the elections, which will continue till August 2, has been low key due to the pandemic and the sudden spike of over 500 cases reported from the north central region last week has led to fears of the spread of the virus.

According to Johns Hopkins university data, the country has 2,697 coronavirus cases with 11 deaths.

The role of the public health inspectors (PHI) has been excluded from the guidelines.

The PHIs had on Friday said they were withdrawing from COVID-19 related activities due to the government's reluctance to provide them with legal cover for their work.

The parliamentary polls were initially to be held on April 25, but had to be postponed due to the outbreak of the COVID-19 pandemic which prompted the authorities to announce a nationwide lockdown from March 20.

Later, the election commission shifted the date to June 20. It was again deemed not suitable in view of the raging pandemic. Finally, August 5 has been selected for the poll process.

With the latest spike, it was feared that the election would be further put off and the country might return to the lockdown phase. The country was earlier under lockdown from March 20-June 13.

The election commission has declined the opposition's call to postpone the elections amid a surge in the number of cases.

Over 16 million voters are eligible to vote to elect a 225-member parliament for a five-year term.