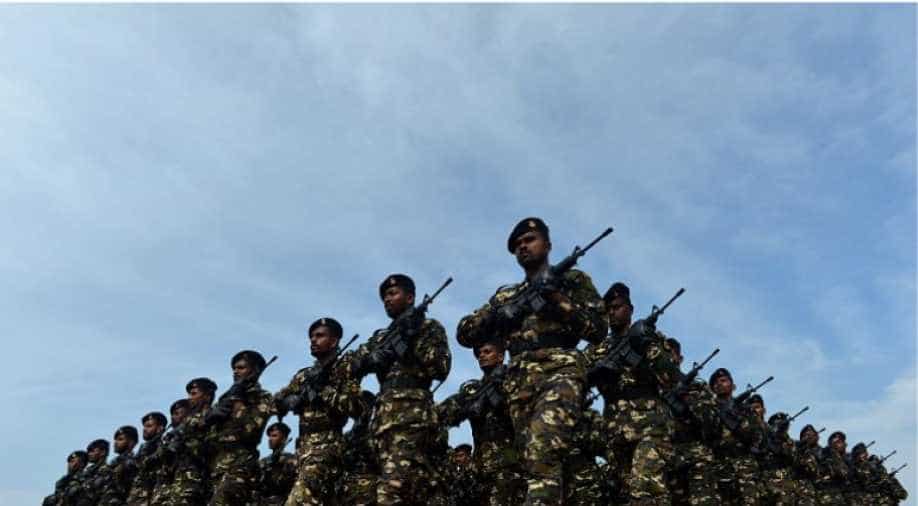 Sri Lanka Army along with the Liberation Tigers of Tamil Eelam (LTTE) was accused of war crimes during the final phase of the military conflict that ended in 2009 with the killing of LTTE supremo Velupillai Prabhakaran.

Sri Lanka Army is ready for any kind of investigation to defend its soldiers against allegations of grave human rights abuses at the end of the island nation's decades-long civil war against the LTTE.

Sri Lanka Army along with the Liberation Tigers of Tamil Eelam (LTTE) was accused of war crimes during the final phase of the military conflict that ended in 2009 with the killing of LTTE supremo Velupillai Prabhakaran.

International rights groups accuse the military of killing 40,000 Tamil civilians in the final months of the war. The government of the time said not one civilian was killed.

"We have no fear to face any investigation because we have not done any crimes," Army chief Lieutenant General Mahesh Senanayake told reporters on Sunday in the southern town of Weligama.

Senanayake said in any war there will be civilian casualties.

"That is the hard truth. No war can be done without it. This does not mean we have done that during the war."

"Do not dig into the past, look at the positive things we have done over the last 10 years," Senanayake stressed.

Sri Lanka's rights accountability was called into question by repeated UN human rights council resolutions since 2012. In 2014, the resolution demanded an international investigation into the alleged war crimes blamed on both sides.

"No need for any international investigation. Our judiciary is capable of doing it," Senanayake said.

The Tamil rights groups and international watchdogs blame the troops of shelling hospitals, denying humanitarian supplies during the war and executing the surrendered fighting cadres. The Army has denied all accusations.

The Army chief's assertions came as the UNHRC is set to review Sri Lanka's progress since the last resolution in 2015. Having taken some of the steps, Sri Lanka seeks more time with a co-sponsored rollover resolution.

The leader of the main opposition Mahinda Rajapaksa, whose time the UN resolutions came to adopt, charged that the government was planning to betray the troops by co-sponsoring this year's resolution which will be taken up this week in Geneva.

At least 26,000 soldiers lost their lives in the war with another 37,000 wounded, the government has said.

The Tamil Tiger rebels also lost heavily and the entire guerrilla leadership was wiped out in the military onslaught.

The government under Rajapakse, who ordered the offensive, faced international censure for refusing to acknowledge what the UN called credible allegations.