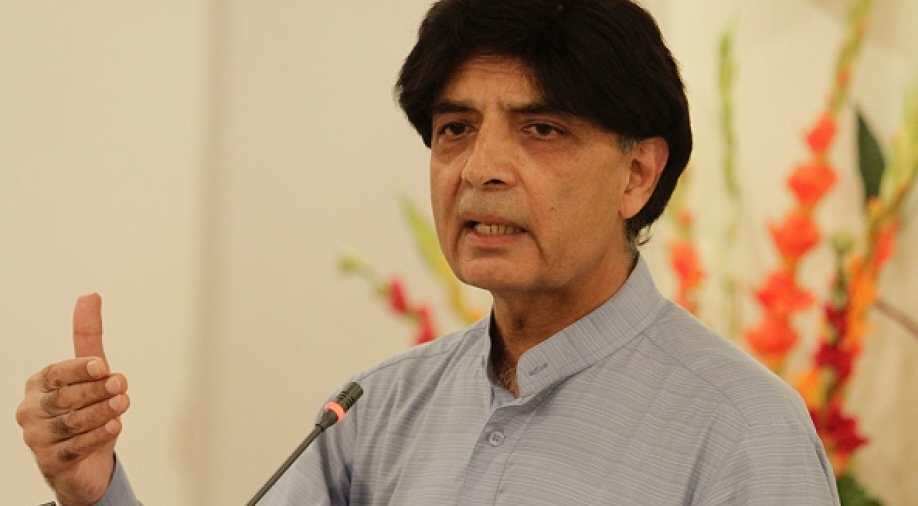 Slain Afghan Taliban supremo Mullah Mansour, who was killed in a US drone strike inside Pakistan, was issued a Pakistani national identity card in 2005, Interior Minister Chaudhry Nisar admitted today.

Khan, however, blamed the past government of overtly issuing ID cards and passports to foreigners.

The minister said the incumbent government paid enough attention to the issue of fake CNICs and passports, adding that it was not only difficult, rather it is impossible to work honestly in the country.

Mansour and another male combatant were targeted on May 21 by multiple unmanned aircraft operated by US Special Operations forces as the duo rode in a vehicle in a remote area near the town of Ahmad Wal in Pakistan's restive Baluchistan province close to the Afghan border.

Mansour had assumed the leadership of Taliban in July 2015, replacing Taliban founder and the one-eyed reclusive long-time spiritual head Mullah Mohammad Omar in Pakistan in 2013.

Khan said, "The government cancelled 32,400 passports and blocked 22,3000 CNICs during last three years. It also verified 101 million CNICs across the country." he said.

"The past government merely cancelled 500 passports."

"Besides this, around 95 million unregistered mobile SIM cards were blocked in just 90 days," he added.

Chaudhry Nisar said the former governments issued passports and CNICs to foreigners, which were used in human trafficking. He, however, said an 18-member committee is being formed to review wrongly blocked CNICs.

He said the ones involved in facilitating issuance of fake CNICs and passports will be taken to task in another phase.