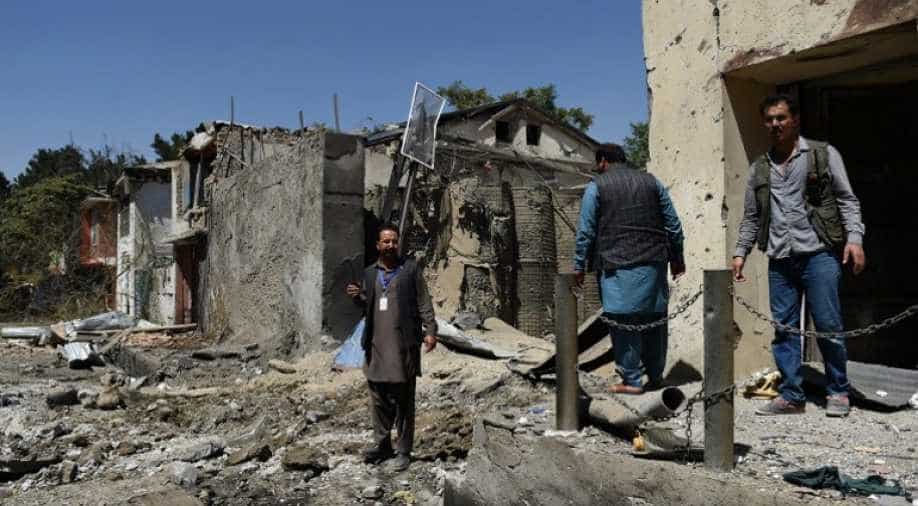 The civilians were killed when their truck hit a roadside bomb in eastern Afghanistan. (Representative image) Photograph:( AFP )

At least seven civilians, including a woman and three children, were killed when their truck hit a roadside bomb in eastern Afghanistan on Sunday, officials said.

The villagers were travelling from Pacheer Agam district to a nearby village in Nangarhar province, Hijratullah Rahmani district governor of Pacheer Agam told AFP.

"Unfortunately, in the blast, seven civilians, including a woman and three children were killed and one wounded," he said.

No-one claimed responsibility, but the interior ministry in a statement blamed "enemies of peace and stability," a term Afghan officials use to refer to Taliban.

Nangarhar is also home to Islamic State group fighters, who are trying to expand their presence in Afghanistan by winning over sympathizers, recruiting followers and challenging the Taliban on their own turf.

Afghan civilians are paying a heavy price for the escalating conflict across the country. A total of 2,562 civilians were killed and another 5,835 wounded in the first nine months of 2016, according to a UN report.